Loving What Is Four Questions That Can Change Your Life 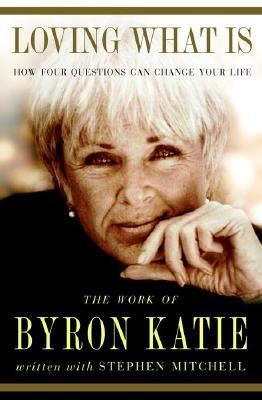 Introduction The more clearly you understand yourself and your emotions, the more you become a lover of what is. -- Baruch Spinoza The first time I watched The Work, I realized that I was witnessing something truly remarkable. What I saw was a succession of people, young and old, educated and uneducated, who were learning to question their own thoughts, the thoughts that were most painful to them. With the lovingly incisive help of Byron Katie (everyone calls her Katie), these people were finding their way not only toward the resolution of their immediate problems, but also toward a state of mind in which the deepest questions are resolved. I have spent a good part of my life studying and translating the classic texts of the great spiritual traditions, and I recognized something very similar in process here. At the core of these traditions -- in works such as the Book of Job, the Tao Te Ching, and the Bhagavad Gita -- there is an intense questioning about life and death, and a profound, joyful wisdom that emerges as an answer. That wisdom, it seemed to me, was the place Katie was standing in, and the direction where these people were headed. As I watched from my seat in a crowded community center, five men and women, one after another, were learning freedom through the very thoughts that had caused their suffering, thoughts such as "My husband betrayed me" or "My mother doesn't love me enough." Simply by asking four questions and listening to the answers they found inside themselves, these people were opening their minds to profound, spacious, and life-transforming insights. I saw a man who had been suffering for decades from anger and resentment toward his alcoholic father light up before my eyes within forty-five minutes. I saw a woman who had been almost too frightened to speak, because she had just found out that her cancer was spreading, end the session in a glow of understanding and acceptance. Three out of the five people had never done The Work before, yet the process didn't seem to be more difficult for them than it was for the other two, nor were their realizations any less profound. They all began by realizing a truth so basic that it is usually invisible: the fact that (in the words of the Greek philosopher Epictetus) "we are disturbed not by what happens to us, but by our thoughts about what happens." As soon as they grasped that truth, their whole understanding changed. Before people have experienced The Work of Byron Katie for themselves, they often think that it is too simple to be effective. But its simplicity is precisely what makes it so effective. Over the past two years, since first encountering it and meeting Katie, I have done The Work many times, on thoughts I hadn't even been aware of. And I've watched more than a thousand people do it in public events across the United States and Europe, on the whole gamut of human problems: from major illnesses, the deaths of parents and children, sexual and psychological abuse, addictions, financial insecurity, professional problems, and social issues to the usual frustrations of daily life. (Having a reserved seat at all Katie's events is one of the privileges of being married to her.) Again and again, I have seen The Work quickly and radically transform the way people think about their problems. And as the thinking changes, the problems disappear. "Suffering is optional," Katie says. Whenever we experience a stressful feeling -- anything from mild discomfort to intense sorrow, rage, or despair -- we can be certain that there is a specific thought causing our reaction, whether or not we are conscious of it. The way to end our stress is to investigate the thinking that lies behind it, and anyone can do this by himself with a piece of paper and a pen. The Work's four questions, which you will see in context later in this introduction, reveal where our thinking isn't true foKatie, Byron is the author of 'Loving What Is Four Questions That Can Change Your Life', published 2002 under ISBN 9780609608746 and ISBN 0609608746.