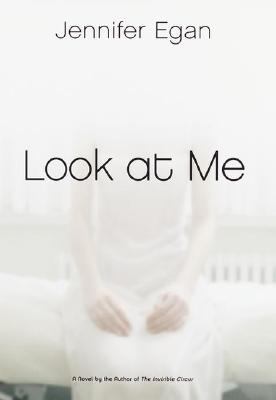 Chapter One After the accident, I became less visible. I don't mean in the obvious sense that I went to fewer parties and retreated from general view. Or not just that. I mean that after the accident, I became more difficult to see. In my memory, the accident has acquired a harsh, dazzling beauty: white sunlight, a slow loop through space like being on the Tilt-A-Whirl (always a favorite of mine), feeling my body move faster than, and counter to, the vehicle containing it. Then a bright, splintering crack as I burst through the windshield into the open air, bloody and frightened and uncomprehending. The truth is that I don't remember anything. The accident happened at night during an August downpour on a deserted stretch of highway through corn and soybean fields, a few miles outside Rockford, Illinois, my hometown. I hit the brakes and my face collided with the windshield, knocking me out instantly. Thus I was spared the adventure of my car veering off the tollway into a cornfield, rolling several times, bursting into flame and ultimately exploding. The air bags didn't inflate; I could sue, of course, but since I wasn't wearing my seatbelt, it's probably a good thing they didn't inflate, or I might have been decapitated, adding injury to insult, you might say. The shatterproof windshield did indeed hold fast upon its impact with my head, so although I broke virtually every bone in my face, I have almost no visible scars. I owe my life to what is known as a "Good Samaritan" someone who pulled me out of the flaming wreck so promptly that only my hair was burned, someone who laid me gently on the perimeter of the cornfield, called an ambulance, described my location with some precision and then, with a self-effacement that strikes me as perverse, not to mention un-American, chose to slink away anonymously rather than take credit for these sterling deeds. A passing motorist in a hurry, that sort of thing. The ambulance took me to Rockford Memorial Hospital, where I fell into the hands of one Dr. Hans Fabermann, reconstructive surgeon extraordinaire. When I emerged from unconsciousness fourteen hours later, it was Dr. Fabermann who sat beside me, an elderly man with a broad, muscular jaw and tufts of white hair in both ears, though most of this I didn't see that night -- I could hardly see at all. Calmly Dr. Fabermann explained that I was lucky; I'd broken ribs, arm and leg, but had no internal injuries to speak of. My face was in the midst of what he called a "golden time" before the "grotesque swelling" would set in. If he operated immediately, he could get a jump on my "gross asymmetry"--namely, the disconnection of my cheekbones from my upper skull and of my lower jaw from my "midface." I had no idea where I was, or what had happened to me. My face was numb, I saw with slurry double vision and had an odd sensation around my mouth as if my upper and lower teeth were out of whack. I felt a hand on mine, and realized then that my sister, Grace, was at my bedside. I sensed the vibration of her terror, and it induced in me a familiar desire to calm her, Grace curled against me in bed during a thunderstorm, the smell of cedar, wet leaves.... . It's fine, I wanted to say. It's a golden time. "If we don't operate now, we'll have to wait five or six days for the swelling to go down," Dr. Fabermann said. I tried to speak, to acquiesce, but no moving parts of my head would move. I produced one of those aerated gurgles made by movie characters expiring from war wounds. Then I closed my eyes. But apparently Dr. Fabermann understood, because he operated that night. After twelve hours of surgery, during which eighty titanium screws were implanted in the crushed bones of my face to connect and hold them together; after I'd been sliced from ear to ear over the crown of my head so Dr. Fabermann could peel down the skin frEgan, Jennifer is the author of 'Look at Me' with ISBN 9780385502764 and ISBN 0385502761.