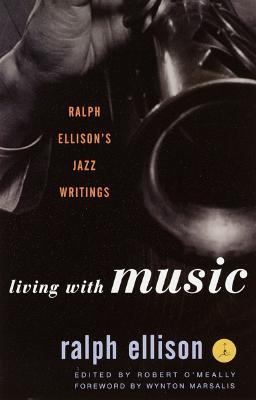 Living with Music This piece exemplifies how Ellison used his masterful storytelling gifts in his nonfiction. (Paule Marshall has said that Ellison's true second novel was his 1964 collection of essays and interviews, Shadow and Act.) Using his own story of being a musician who has become a writer, Ellison offers acute definitions of jazz and of the jazz artist's motives and modes of training. He also makes the key point that in the modern United States, with its high-tech communication, cultures blend rapidly and contend with one another: "The step from the spirituality of the spirituals to that of the Beethoven of the symphonies or the Bach of the chorales is not as vast as it seems," writes Ellison. "Nor is the romanticism of a Brahms or Chopin completely unrelated to that of Louis Armstrong." Note, too, the idea of music as defense against chaos and as Proustian madeleine (sweet catalyst of remembrance), reaching "the unconscious levels of the mind" and working "its magic with mood and memory." Considering the essay's background narrative, concerning the building of high-quality audio systems, a practice at which Ellison was extremely skillful, it is fitting that this piece first appeared in High Fidelity in December 1955. In those days it was either live with music or die with noise, and we chose rather desperately to live. In the process our apartment what with its booby-trappings of audio equipment, wires, discs and tapes came to resemble the Collyer mansion, but that was later. First there was the neighborhood, assorted drunks and a singer. We were living at the time in a tiny ground-floor-rear apartment in which I was trying to write. I say "trying" advisedly. To our right, separated by a thin wall, was a small restaurant with a juke box the size of the Roxy. To our left, a night-employed swing enthusiast who took his lullaby music so loud that every morning promptly at nine Basie's brasses started blasting my typewriter off its stand. Our living room looked out across a small backyard to a rough stone wall to an apartment building which, towering above, caught every passing thoroughfare sound and rifled it straight down to me. There were also howling cats and barking dogs, none capable of music worth living with, so we'll pass them by. But the court behind the wall, which on the far side came knee-high to a short Iroquois, was a forum for various singing and/or preaching drunks who wandered back from the corner bar. From these you sometimes heard a fair barbershop style "Bill Bailey," free-wheeling versions of "The Bastard King of England," the saga of Uncle Bud, or a deeply felt rendition of Leroy Carr's "How Long Blues." The preaching drunks took on any topic that came to mind: current events, the fate of the long-sunk Titanic, or the relative merits of the Giants and the Dodgers. Naturally there was great argument and occasional fighting'none of it fatal but all of it loud. I shouldn't complain, however, for these were rather entertaining drunks, who, like the birds, appeared in the spring and left with the first fall cold. A more dedicated fellow was there all the time, day and night, come rain, come shine. Up on the corner lived a drunk of legend, a true phenomenon, who could surely have qualified as the king of all the world's winos, not excluding the French. He was neither poetic like the others nor ambitious like the singer (to whom we'll presently come), but his drinking bouts were truly awe-inspiring and he was not without his sensitivity. In the throes of his passion he would shout to the whole wide world one concise command, "Shut up!" Which was disconcerting enough to all who heard (except, perhaps, the singer), but such were the labyrinthine acoustics of courtyards and areaways that he seemed to direct his command at me. The writer's block which thisEllison, Ralph is the author of 'Living With Music' with ISBN 9780679640349 and ISBN 0679640347.