Life and Times of Thunderbolt Kid A Memoir 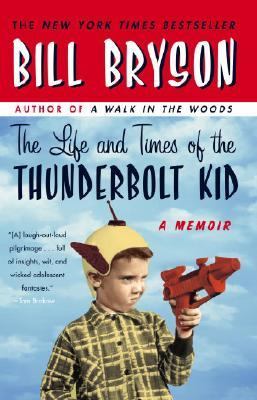 Chapter 1 HOMETOWN SPRINGFIELD, ILL. (AP)The State Senate of Illinois yesterday disbanded its Committee on Efficiency and Economy "for reasons of efficiency and economy." Des Moines Tribune, February 6, 1955 IN THE LATE 1950s, the Royal Canadian Air Force produced a booklet on isometrics, a form of exercise that enjoyed a short but devoted vogue with my father. The idea of isometrics was that you used any unyielding object, like a tree or a wall, and pressed against it with all your might from various positions to tone and strengthen different groups of muscles. Since everybody already has access to trees and walls, you didn't need to invest in a lot of costly equipment, which I expect was what attracted my dad. What made it unfortunate in my father's case is that he would do his isometrics on airplanes. At some point in every flight, he would stroll back to the galley area or the space by the emergency exit and, taking up the posture of someone trying to budge a very heavy piece of machinery, he would begin to push with his back or shoulder against the outer wall of the plane, pausing occasionally to take deep breaths before returning with quiet grunts to the task. Since it looked uncannily, if unfathomably, as if he were trying to force a hole in the side of the plane, this naturally drew attention. Businessmen in nearby seats would stare over the tops of their glasses. A stewardess would pop her head out of the galley and likewise stare, but with a certain hard caution, as if remembering some aspect of her training that she had not previously been called upon to implement. Seeing that he had observers, my father would straighten up and smile genially and begin to outline the engaging principles behind isometrics. Then he would give a demonstration to an audience that swiftly consisted of no one. He seemed curiously incapable of feeling embarrassment in such situations, but that was all right because I felt enough for both of usindeed, enough for us and all the other passengers, the airline and its employees, and the whole of whatever state we were flying over. Two things made these undertakings tolerable. The first was that back on solid ground my dad wasn't half as foolish most of the time. The second was that the purpose of these trips was always to go to a Major League city, stay in a big downtown hotel, and attend ball games, and that excused a great dealwell, everything, in fact. My dad was a sportswriter forThe Des Moines Register, which in those days was one of the country's best papers, and often took me along on trips through the Midwest. Sometimes these were car trips to places like Sioux City or Burlington, but at least once a summer we boarded a big silver planea huge event in those daysand lumbered through the summery skies, up among the fleecy clouds, to St. Louis or Chicago or Detroit to take in a home stand. It was a kind of working holiday for my dad. Baseball, like everything else, was part of a simpler world in those days, and I was allowed to go with him into the clubhouse and dugout and onto the field before games. I have had my hair tousled by Stan Musial. I have handed Willie Mays a ball that had skittered past him as he played catch. I have lent my binoculars to Harvey Kuenn (or possibly it was Billy Hoeft) so that he could scope some busty blonde in the upper deck. Once on a hot July afternoon I sat in a nearly airless clubhouse under the leftfield grandstand at Wrigley Field beside Ernie Banks, the Cubs' great shortstop, as he autographed boxes of new white baseballs (which are, incidentally, one of the most pleasurably aromatic things on earth, and worth spending time around anyway). Unbidden, I took it upon myself to sit beside him and pass him each new ball. This slowed the process conBryson, Bill is the author of 'Life and Times of Thunderbolt Kid A Memoir', published 2007 under ISBN 9780767919371 and ISBN 0767919378.