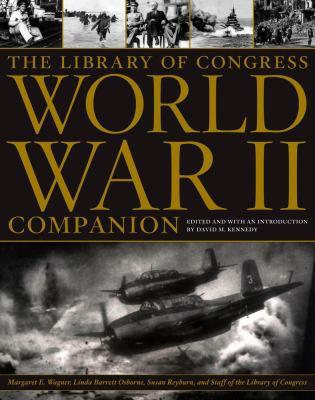 Introduction David M. Kennedy World War II ended an era in the history of warfare. That era had opened with Napoleon Bonaparte's reliance on the levee en masse to replace France's relatively small regular fighting force with a vast citizen army. It continued through the Union's demonstration of the military importance of a deep civilian economic base in the American Civil War. It culminated in the twentieth century's two world wars, which pitted against one another the huge, lavishly equipped conscript forces of fully mobilized advanced industrial states in protracted contests of attrition. All those conflicts were wars of quantities and endurance. Their outcomes were largely determined by the sheer size of armies -- and, increasingly, economies -- and by the ability of the combatant states to sustain their armed forces in the field for long periods. That kind of warfare came to a catastrophic climax in World War II. Fittingly, in a conflict that turned on matters of scale, the numbers tell much of the grisly story. More than fifty nations declared formal belligerency, and few neutrals escaped the effects of the war's violent upheavals. The struggle went on for nearly six years in Europe and by one manner of reckoning even longer in Asia. It consumed over one trillion dollars of the planet's wealth. More than 100 million men took up arms. The war claimed some 60 million lives. And for perhaps the first time in the sorry annals of warfare, a majority of the dead were civilians, including the 6 million Jewish victims of Adolf Hitler's Holocaust, a cruelly systematic scheme of mass murder that gave rise to a chilling neologism, genocide. The United States, late to the fighting and far removed from the major battlefronts, suffered few civilian deaths, but took some 16 million men and several thousand women into service, more than 400,000 of whom lost their lives. And America's economic engagement in the war was nothing short of prodigious. Forty percent of wartime production in the United States went to satisfy the ravenous appetites of the American and Allied armed forces, yielding 5,777 merchant ships, 1,556 major warships, 299,293 aircraft, 634,569 jeeps, 88,410 tanks, 2,383,311 trucks, 6.5 million rifles, and more than 40 billion bullets. The ultimate reasons for war on such a horrendous scale no doubt lay in what Sigmund Freud called man's cruel determination to play the wolf to man. But its proximate causes can be traced to the troubled aftermath of World War I (1914-1918), in particular, to the thwarted yearnings of three states -- Italy, Japan, and Germany -- to enlarge their spheres in the world, by violent means if necessary; indeed, in the case of Germany's Hitler, by violent means if possible. Of those three, Japan and Germany proved capable of working the worst mischief. And of those two, Germany was by far the more formidable adversary. As President Franklin Delano Roosevelt said once the war came, "Defeat of Japan does not defeat Germany," whereas "defeat of Germany means defeat of Japan." Accordingly, the cornerstone of American, British, and Soviet strategy in the war was the "Germany-first" doctrine. All other decisions respecting priorities, timing, the allocation of resources, theaters of operation, and force configuration built on that foundational premise. Japan's aspirations were incubated as early as the nineteenth century. With remarkable purposefulness following the Meiji Restoration of 1868, Japan transformed itself in less than two generations from an insular feudal fiefdom into a robust modern industrial society. Its ambitions and its prowess alike were on display in the Russo-Japanese War of 1904-1905 -- the first time in modern history that a European power suffered defeat by a non-Western state. Japan's response to the onset of the Great Depression -- itself largely a product of the international economic distortions occasioned bKennedy, David M. is the author of 'Library of Congress Companion to World War II ', published 2007 under ISBN 9780743252195 and ISBN 0743252195.