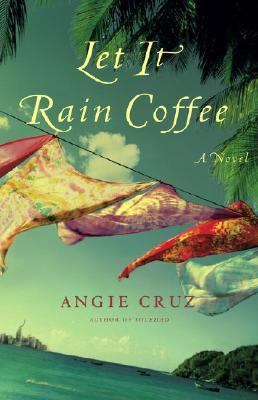 Chapter 1Los Llanos1991 Don Chan Lee Colon de Juan Dolio ignored the stench that wafted through the valleys of Los Llanos. From the outside of his humble wooden house nothing seemed out of the ordinary. The passion fruit and mango trees were lush, shaking their leaves with the mildest of sea breezes, gossiping stories to the birds about Don Chan's strange old-man ways. The pigeons lifted their beaks, concerned that Dona Caridad hadn't left rice for them to feast on. It had been three days. No rice. No Dona Caridad. Only the strange smell from the small house where the Colon family had lived for three generations.The house sat in an abandoned landscape. Its faded rose-colored paint peeled off. The train stocked with cane stalks woke the lazy goats in the yard where they lay, as if to guard the aging couple who refused to leave Los Llanos. The hungry pigs roaming his land turned their noses away. Many from the valley had taken off to live in the developing cities in search of jobs, but Don Chan and Dona Caridad stayed behind.-- I can't close my eyes without the city coming back and spitting on me, he said to the younger folk who accused him of being afraid of change.Miraluz Altagracia Natera asked the driver to park far enough away from the house so as to not jolt Don Chan. There was a stillness in Los Llanos that crept under her skin. The young man with a cleft lip who assisted Don Chan and tended to the land rich with mangoes, platanos, cacao, and lechosas had called Miraluz weeks before.-- I don't think it's right for the old lady to be so far away from a doctor, the caretaker had said. -- By the time anyone gets help, it'll be too late to save her. I don't mean to disrespect, but nothing anyone says to the old man sinks into that hard head of his.-- I'll do my best, Miraluz said, knowing very well that she was the daughter Don Chan had always wanted, the woman he had hoped his son, Santo, would marry. It had been a few months since she'd last taken a trip to Los Llanos. She often called or sent word to Don Chan, but the trip from San Pedro de Macoris to Los Llanos was long enough for her to keep postponing it.Miraluz held her breath and pounded on the makeshift door. The flamboyan tree, rich with yellow flowers, bent over the porch and shaded the house from the harsh midday sun. The sky, a brilliant blue, made the cane fields iridescent.-- Anyone home? she yelled, contemplating whether she should pull the door open or wait.-- Open the door. It's me, Miraluz. She pushed against the latch. She had hired the driver for two hours and didn't have time for Don Chan's stubbornness. As she marched inside the little house, it trembled from her haste. That damn house, over seventy years old, the only one in the area to survive numerous hurricanes, revolutions, dictatorships, and wars.-- Don't fall apart on me now.The house was in complete order: the cement floors freshly mopped, the wood for the kitchen stove piled up neatly into a small pyramid, the cans of water filled to the brim; the furniture propped against the walls, leaving the room spare, as if waiting for a gathering. Not much had changed in the eight years since she'd moved to the city. If it hadn't been for the strange odor that permeated every room, she would've thought it was 1965 and that any minute, Santo would burst through the door with some news about the Yanquis, or Dona Caridad would have piled up the viveres in the kitchen, freshly plucked from Los Llanos's communal garden, filling up the bellies of anyone who entered the Colon household. And Don Chan would be smoking his cigar, sitting alone somewhere, close enough to look over everyone, but far enough to gather courage for the battle.Miraluz noticed the photographs she had sent Don Chan of her children, taped on the walls next to la Virgen de AltagraCruz, Angie is the author of 'Let It Rain Coffee', published 2005 under ISBN 9780743212038 and ISBN 0743212037.