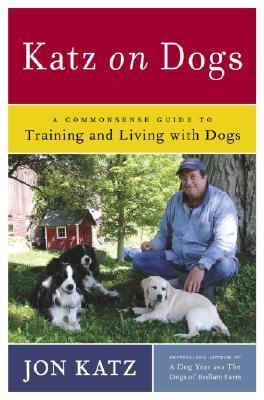 It's the question prospective dog owners should ask first, perhaps the most important in anyone's life with a dog: Why? The most critical decisions about our lives with dogs are often made before we bring one home. Acquiring a dog in America is disturbingly simple. You can trawl online, find a breeder, or take one of the puppies some kid is offering outside the supermarket (I wouldn't advise it). You might come across a stray while out walking or driving. Some people seek dogs for rock-hard practical reasons: security, hunting, therapy, search-and-rescue. But most of us, say psychologists and behaviorists, have more complicated emotional and psychological motives. WHY DO I WANT A 1 DOG? The more trouble humans have connecting with one another, the more they turn to dogs (and other pets) to fill some of the gaps. We seem to need to love and be loved in ways that are uncomplicated, pure, and dependable. Contemporary America is, in many ways, a fragmented, detached society. Our extended families have moved away; we often don't know our neighbors; many of us hole up at night, staring at one kind of screen or another. Divorce is commonplace. Work has become unstable, uncertain for many, often unpleasant. Many people seem to find it easier to live and interact with dogs than with one another, and so the bonds between humans and dogs grow steadily stronger. Yet this development in the relationship of these two species is onesided. Many dogs are well served by humans' deepening attachment, but the dogs can't make similar choices. It's human need that has spawned the great canine love affair. Humans have decided to bring dogs into the center of their lives. For all the fussing about animal rights, dogs have none. They don't get to make consumer decisions. They're dependent on us for everything they need to survive. They can't talk back; they have no say about their environments or futures. Although dogs have helped and worked with humans for thousands of years, it's only in recent decades that they've come to be seen as something other than (perhaps more than) animals. Pet-keeping was popular among the wealthy and powerful in medieval times, notes animal ethicist James Serpell in the book Animals and Human Society: Changing Perspectives, but it didn't acquire widespread respectability until the late seventeenth century, a time of growing enthusiasm for science and natural history and increased concern for animals' welfare. Since then, our attachment to dogs has intensified significantly. We humans have never been closer to another species. We spend tens of billions of dollars on their care, feeding, and amusement; give them human names; talk to them as if they can understand us; believe we know what they are telling us in return. This emotionalism often entangles dogs in our needs and wants. It is commonplace now, though it would have been shocking even a gen- eration ago, to hear people saywithout apology or embarrassment that they love their dogs more than they love most people, that they see their dogs as members of their family, that they confide their most intimate problems and secrets to their dogs, who are more loyal and understanding than parents, spouses, lovers, or friends. Spending a few days in a vet's office as part of my research for a book, I was amazed to hear one woman after another urge, "Look, Doctor, I can live without my husband, but you've got to save this dog!" Yet vets tell me they hear it all the time. And not just from women. Behavioral research shows that women love dogs in part because they seem emotionally supportiveKatz, Jon is the author of 'Katz On Dogs A Commonsense Guide To Training And Living With Dogs', published 2005 under ISBN 9781400064038 and ISBN 1400064031.