Kate The Woman Who Was Hepburn 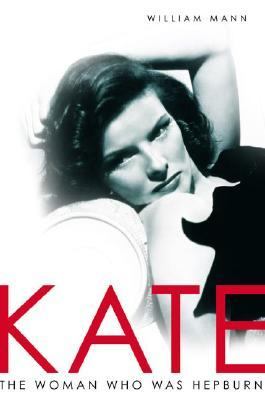 Chapter One A Sea Change From the window of her New York town house, Kath Hepburn, the new queen of Hollywood, looked up and down the quiet, early morning street. It seemed that she was actually going to be spared the reporters who usually lurked beyond the iron railing in front of her brownstone. Her getaway would be fast and clean. At twenty-six, red-haired, freckle-faced Kath was the star she'd always dreamed of becoming. It was the morning of March 17, 1934. Her agent, Leland Hayward, had just called to announce that she'd won the Academy Award for Morning Glory. But the news would not alter Kath's travel plansnor her mood. She and her friend Suzanne were getting out of townas far away from show business as they could. Later, as the two women snaked through the Fifth Avenue traffic, Kath couldn't have missed the crowds gathering for the annual St. Patrick's Day paradea temporary break from the grim tidings of hard times. Of course, Kath herself had never suffered many of the hardships faced by those less fortunate during the Depression. Her chief concern during the previous years had been, as ever, her career. Fired by Broadway managers, waiting in the wings for opportunities that never arose, Kath nevertheless had remained convinced that fame was her due. She was right. Marching into Hollywood like a determined conqueror, she'd scored a smash in her very first picture, A Bill of Divorcement. The acclaim was of the sort she lived for, ever since she'd tottered out onto a makeshift stage as a twelve-year-old Beast to her best friend Ali Barbour's Beauty. From that moment on, Katharine Hepburn's dream had been to be famous. For something. For anything. Now she was. And she was running away. The problem was: Fame wasn't supposed to be like these past twenty months. It shouldn't be something to escape. It was supposed to be glamorous, exciting, exhilarating. Stardom to Kath was Leatrice Joy, beaming serenely from the screen of the State Theatre in Hartford, dazzling the wide-eyed girl. But Kath's fame had turned out to be much more complicated than that. The night before had brought her an Oscar, but the month before, the critics had been shouting for her head, sniggering at her ignoble Broadway flop in the play The Lake. To make matters worse, her new picture, Spitfire, was so abysmal that many were calling her a fraud. The rejections hurt. Kath didn't understand why her ambition hit people the wrong way; surely it was the kind of desire all Americans were raised to value. But her failures had simply provided ammunition to those who had been waiting to shoot her down, and they were legion. From the start, Hepburn had been a troublesome star who'd wanted everything on her terms. Paying dues, Kath seemed to imply, was for lesser mortals. Her method for attracting publicity wasn't to show up at premieres with a handsome leading man on her arm, but rather to walk around town with a real live gibbon clinging to her neck. "The stormy petrel of the RKO studios," Vanity Fair called her, "subject for raging controversy on two continents." In 1934, people either loved Katharine Hepburn or despised her. Burning up the wires from the West Coast in the days before the Oscars, Leland Hayward tried to tell her how she could fix things, what she needed to do and say to remain on top. Achieving fame had been the easy part, Kath realized; holding on to it was a whole other experience, one she couldn't have imagined when she first set her sights on Hollywood. As she listened to what Leland was suggesting, she balked. Was it any wonder she and Suzanne were heading for France? WaMann, William J. is the author of 'Kate The Woman Who Was Hepburn', published 2006 under ISBN 9780805076257 and ISBN 0805076255.