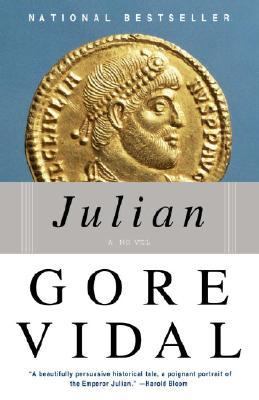 I Libanius to Priscus Antioch, March [AD.] 380 Yesterday morning as I was about to enter the lecture hall, I was stopped by a Christian student who asked me in a voice eager with malice, "Have you heard about the Emperor Theodosius?" I cleared my throat ready to investigate the nature of this question, but he was too quick for me. "He has been baptized a Christian." I was noncommittal. Nowadays, one never knows who is a secret agent. Also, I was not particularly surprised at the news. When Theodosius fell ill last winter and the bishops arrived like vultures to pray over him, I knew that should he recover they would take full credit for having saved him. He survived. Now we have a Christian emperor in the East, to match Gratian, our Christian emperor in the West. It was inevitable. I turned to go inside but the young man was hardly finished with his pleasant task. "Theodosius has also issued an edict. It was just read in front of the senate house. I heard it. Did you?" "No. But I always enjoy imperial prose," I said politely. "You may not enjoy this. The Emperor has declared heretic all those who do not follow the Nicene Creed." "I'm afraid Christian theology is not really my subject. The edict hardly applies to those of us who are still faithful to philosophy." "It applies to everyone in the East." He said this slowly, watching me all the while. "The Emperor has even appointed an Inquisitor to determine one's faith. The days of toleration are over." I was speechless; the sun flared in my eyes; all things grew confused and I wondered if I was about to faint, or even die. But the voices of two colleagues recalled me. I could tell by the way they greeted me that they, too, had heard about the edict and were curious to know my reaction. I gave them no pleasure. "Of course I expected it," I said. "The Empress Postuma wrote me only this week to say that . . ." I invented freely. I have not of course heard from the Empress in some months, but I thought that the enemy should be reminded to what extent I enjoy the favor of Gratian and Postuma. It is humiliating to be forced to protect oneself in this way, but these are dangerous times. I did not lecture yesterday. I went straight home. I am now living in Daphne, by the way, a charming suburb which I prefer to Antioch proper because of the quiet. As I get older, I find that the slightest sound in the night disturbs me and, once awake, I have difficulty falling asleep again. You can imagine how intolerable my old house in the city became. You remember the house; it was there that I gave the reception for the Emperor Julian when he . . . But I forget. You were not there, and you were much missed! My memory plays me odd tricks these days. Even worse, I tend to mislay the notes I jot down as reminders, or (terrible confession!) when I do find them, I am often unable to decipher my own handwriting. Age spares us nothing, old friend. Like ancient trees, we die from the top. Except for occasional lectures, I seldom go into town, for the people, though my own, distress me with their loud voices and continual quarreling, their gambling and sensuality. They are hopelessly frivolous. Nights are made day with artificial light, while nearly all the men now use depilatories, which makes it difficult to tell them from women . . . to think how I once eulogized this city! But I suppose one must be tolerant, recalling that the Antiochenes are the victims of a demoralizingly sultry climate, the proximity of Asia and of course that pernicious Christian doctrine which asserts that a sprinkling of water (and a small donation) will wash away sin, again and again and again. Now, my old friend, as I sit here in my study surrounded by our proscribed friends (I mean those books of Greece which made the mVidal, Gore is the author of 'Julian A Novel', published 2003 under ISBN 9780375727061 and ISBN 037572706X.