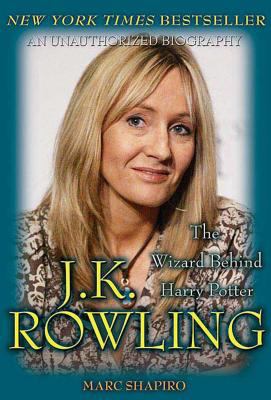 Chapter One WILD ABOUT HARRY Sometimes the real world can be a confusing place. It is not always fair or kind. And in the real world there are not always happy endings. Which is why, every once in a while, we like to escape into the world of fantasya place where things always go our way and there is always a happy ending. We want to believe in fantastic creatures in imaginary lands. We want to believe in magic powers, good friends, and the power of good to triumph over evil. We all fantasize about being able to fly and lift buildings off the ground. And how good a magic sword would feel in our hand as we go off to slay a dragon or win the hand of a beautiful princess. Which is why we like Superman, Peter Pan, Mary Poppins, and the amazing adventures of Frodo in The Lord of the Rings. And it is why we are all now Potterites who can't wait for the further adventures of our favorite wizard, Harry Potter, a thirteen-year-old English orphan who attends the Hogwarts School of Witchcraft and Wizardry and tries to be a normal boy while confronting the truly fantastic at every turn. The author of the Harry Potter books, J. K. (Joanne Kathleen) Rowling, is a grown woman with a child of her own. She is sensible, modest, and realisticall good qualities when it comes to being a good parent and a positive member of the real world. She likes to walk the streets of her hometown of Edinburgh, Scotland. She will sit for hours at her favorite cafe, sipping an espresso and watching as the world passes her by. But there is something that sets J. K. Rowling apart from the rest of us. For Joanne Kathleen Rowling likes to dream at all hours of the day and night. She dreams of faraway lands, bigger-than-life good guys, truly evil bad guys, and likable young children who try and make sense of it all. But unlike others, she turns her dreams into reality when she sits down with pen and paper and begins to write about the adventures of Harry Potter. A smile crosses her face. Her already expressive eyes, framed by long wavy hair, grow even wider. Her pen slashes across the paper like a lightning bolt. In her mind, a door to a delightful new world of imagination and wonder has just opened wide and she is about to pass through it. When J. K. Rowling sits down to give new life to Harry Potter, usually in her favorite writing place, a cafe called Nicholson's, a change comes over the author. Because to create the latest adventure of Harry, his good friends Ron Weasley and Hermione Granger, and their adventures, Joanne has to stop being an adult and become a child who also wants to believe in the unbelievable. And once Joanne becomes that child, almost anything can and does happen. From the opening passages of Harry Potter and the Sorcerer's Stone, we can sense that something quite out of the ordinary is up. Our introduction to Harry is not a happy one. He is an orphan who has been living for ten years in a closet under the stairs of his cruel aunt and uncle's house. But we soon discover that Harry is not an ordinary soul. He is the son of wizards. However, Harry does not have a clue that he even has these powers until one day a giant appears out of nowhere and delivers to Harry a scholarship to the Hogwarts School of Witchcraft and Wizardry. Once there, Harry discovers friends, foes, his magical powers, and a mission to get rid of the evil that lies hidden in the depths of the school. In the classic sense, friends unite, evil is banished, at least temporarily, and all is well. There is much more of the same in Harry Potter and the Chamber of Secrets, as a more mature Harry and his friends once again battle evil while the young wizard begins to learn more about his adopted land. And what he finds, thanks to JoanneShapiro, Marc is the author of 'J. K. Rowling The Wizard Behind Harry Potter', published 2007 under ISBN 9780312376970 and ISBN 0312376979.