Is the Father of Jesus the God of Muhammad? Understanding the Differences Between 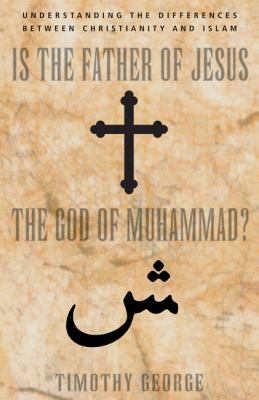 WHAT IS ISLAM?To hold back from the fullest meeting with Muslims would be to refrain from the fullest discipleship to Christ. . . . Not to care about Islam would be not to care about Christ.KENNETH CRAGGHow would you characterize someone who believes in the literal, verbal inspiration of Scripture, who holds that Jesus is God''s virgin-born Messiah, that Jesus healed the sick, raised the dead, bodily ascended into heaven, and will one day return to do battle with the antichrist and in the end truly reign on earth? This person knows that Satan is alive and well on planet Earth, that angels and demons are real forces to be reckoned with, and that after death everyone on earth will go to one of two places- the burning fires of hell or the beautiful palaces of heaven. This individual does not believe in evolution, but believes that God created the world in six literal days. This person happens to be a tee-totaler, is strongly pro-life, and is committed to traditional family values. Women are highly regarded in the religious community to which this person belongs, but they do not function as preachers and leaders there. This person is also deeply patriotic, regards pacifism as a weakness, deplores the separation of church and state, and believes that government (ideally) should enforce God''s will in every area of society.Do you recognize this person as a strict, conservative, Bible-believing Christian? Well, maybe. But he or she might just as well be a devout, conscientious Muslim! More than any two religious traditions on earth, Christianity and Islam share both striking similarities and radical differences. Historically, the relationship between Christians and Muslims has been strained at best. All too frequently it has been marked by bloodshed and violence. But there is a verse in the Quran that presents a helpful perspective. This verse tells Muslims, "You will surely find that the nearest in affection to those who believe are the ones who say, ''We are Christians''" (5:82). On this good note, we begin our brief overview of the world''s second largest and fastest growing religious tradition.Who Are Muslims?Muslims are sometimes called Muhammadans, after the prophet Muhammad. He organized the first Muslim community, or ummah, in seventh-century Arabia, and through him the Quran was given to the world. But Muslims themselves take the word Muhammadan as an insult. For all their devotion to Muhammad, they regard him neither as divine nor as the founder of their religion. Muhammad did not claim to be sinless or perfect, and, unlike Jesus, he did not receive worship from other human beings. Another word still found in most dictionaries is Moslem, the anglicized form of the Arabic Muslim. Moslem is also heard as a term of condescension that harks back to colonial times, a word coined by stodgy Westerners with stiff upper lips who found it difficult to make the mu sound!More than one billion Muslims in the world are followers of Islam. The word islam literally means "submission" or "surrender." It comes from the Arabic root word s-l-m, which connotes peace in Semitic languages-as in the Hebrew greeting shalom or in the name of the holy city, Jeru-salem. We hear echoes of this same root word in the common everyday greetings of Muslims- salamalek ("peace be with you)" and bissalma ("go in peace"). Muslims believe that the very word islam, as well as the way of life to which it points, was revealed by God himself in the Quran. Some eighty days before he died in A.D. 632, Muhammad received a final word of revelation. After warning Muslims not to eat pork or any animals that hadn''t been slaughtered in a ritually pure manner (a kosherlike procedure called halal), God said to them, "This day I have perfected your religion for you and completed my favor to you. I have chosen Islam to be your faith" (5:3).Islam, in its original meaning, then, refers to a life of total surrender and obedience to God-exactly the kind of complete commitment called forGeorge, Timothy is the author of 'Is the Father of Jesus the God of Muhammad? Understanding the Differences Between' with ISBN 9780310247487 and ISBN 0310247489.