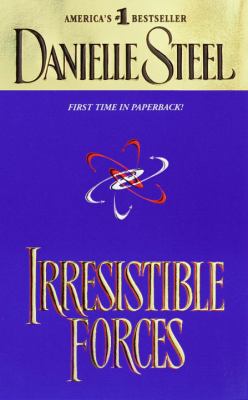 It was a brilliantly sunny day in New York, and the temperature had soared over the hundred mark long before noon. You could have fried an egg on the sidewalk. Kids were screaming, people were sitting on stoops and in doorways, and leaning against walls beneath tattered awnings. Both hydrants on the corner of 125th Street and Second Avenue had been opened, and water was cascading from them, as squealing children ran through it. There was an ankle-deep river running through the gutter. At four in the afternoon, it seemed as though half the neighborhood was standing around in the heat, talking and watching the kids. And suddenly, at four ten, shots rang out in the noise of the talk and laughter and the sound of rushing water. They weren't an unfamiliar sound in that part of town, and everyone stopped as they heard them. People seemed to pause motionless for a moment, waiting for what would come next. They pulled back into doorways, shrank against walls, and two mothers ran forward into the geyser of water from one of the hydrants and grabbed their children. But before they could regain the safety of the doorway, another burst of shots rang out, this time louder and closer, and three young men ran into the midst of the crowdstanding near the hydrant. They knocked over kids as they ran, and hit a young woman so hard she fell sprawling in the water, and suddenly there were screams as two cops appeared, running around the corner, in hot pursuit of the young men, guns drawn, bullets flying into the crowd. It all happened so fast, no one had time to clear a path for them, or to warn each other, and in the distance there were already sirens. And over the distant wail of police cars approaching the scene, there was another round of gunshots, and this time one of the young men fell to the ground, bleeding from his shoulder, at the same time one of his companions wheeled and shot a police officer cleanly through the head, and suddenly a little girl screamed and fell to the ground in the fierce spray from the hydrant, and everyone nearby was shouting and running in all directions, as her mother ran to her from the doorway where she'd been watching in horror, as the child fell. And an instant later, the chase was over. Two of the young men were lying facedown on the ground being handcuffed by a flock of policemen, an officer lay dead, and the third suspect was being tended to by paramedics. But only a few feet away, a child lay dying from the bullet that had hit her. It had passed cleanly through her chest, and she was bleeding profusely, as her mother knelt next to her, soaked by the continuing spray from the fire hydrant, and sobbing hysterically as she held her unconscious child in her arms, and the paramedics wrested the five-year-old girl from her. Within less than a minute, she was in an ambulance, and they pulled her mother in with her, still crying and dazed. It was a scene all of them had seen dozens of times before, if not hundreds, but one that only meant something when you knew the people at the core of the drama, the perpetrators, or the victims. The ones who got arrested, or those who got injured or killed. There was a vast tangle of cars at the corner of 125th, as the ambulance tried to disengage from them, with siren screaming and lights flashing. And people stoSteel, Danielle is the author of 'Irresistible Forces' with ISBN 9780440224860 and ISBN 0440224861.