Introduction to the Profession of Counseling 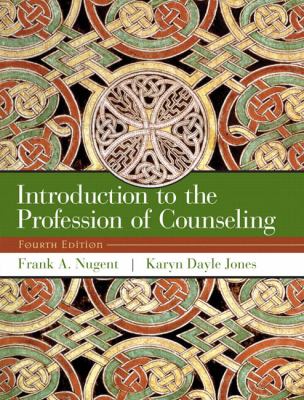 This book presents a comprehensive introduction to professional counseling, a profession that helps individuals, groups, and families work through troubles arising from situational conflicts experienced in everyday life. Professional counselors help people work through transitional periods, an emphasis especially significant during the shift into the new millennium. Counseling as we know it today developed after World War if largely as a result of the need to help veterans cope during their complex transition back into civilian life. Although the original focus was on assisting them with vocational exploration and training, their emotional and developmental needs soon became apparent. Up to that time, mental health treatment had been limited to a narrow range of techniques used either for managing persons who were chronically mentally ill or for exploring the neuroses of persons who were well-to-do. Neither approach was sufficient for working with normally functioning individuals, who, as a whole, have many varieties of complex and troublesome symptoms requiring a wide range of treatment options. I first sensed the need for helping soldiers work through personal conflicts when I was serving in the U.S. Army during World War 11 as an educational reconditioning specialist at Stark General Hospital in Charleston, South Carolina, one of the army hospitals that received wounded soldiers returning from European battlefields. My task was to help prepare them, through a reeducation process, to return to civilian life. But these soldiers, who had physical disabilities, were suffering from profound anxieties about going home. None of us on the staff were prepared to cope with their mental anguish. Physicians, nurses, and physical therapists were helping them recover physically, but psychiatrists and psychologists were working elsewhere in the psychiatric wards. In those days it was thought that only people with mental illness needed psychological help. But times were changing. My work with the wounded soldiers prompted me, after the war, to obtain a master's degree in vocational counseling at Columbia University and, a few years later, a PhD in the newly formed program of counseling psychology at the University of California-Berkeley. Graduate programs such as these in the late 1940s and the 1950s were beginning to respond to the psychological needs of the general population. The profession of counseling psychology, in its infancy after World War 11, evolved from a mix of vocational, developmental, educational, and psychological theories and practices. These divergent roots pulled the fledgling profession in different directions over the years as it struggled to define and redefine itself. Throughout this period my own professional outlook and experience developed as well. The philosophy and content of this text are based on these experiences. Training programs for counselors likewise have evolved, broadened, and deepened: Programs now include a wide variety of counseling approaches based on psychodynamic, humanistic, cognitive, cognitive-behavioral, and postmodern constructivist and social constructionist theories. Programs now attend to the developing self that evolves throughout one's adult life, a self in relation to others, to one's family, and to one's community. Training programs now attend to a person's holistic concerns--the need to nurture one's body, mind, spirit, land soul in a multicultural society. Feminist and ethnic counselors are influencing the profession significantly, particularly in their emphasis on the need to address client and family concerns in relation to the social-cultural context and the community. Increasing numbers of comprehensive neighborhood health care centers have emerged throughout the country to address the needs of individuals and families within the community. Over the decades, as the counseling profession has adapted to the changing needs of society, it has devNugent, Frank A. is the author of 'Introduction to the Profession of Counseling', published 2004 under ISBN 9780130982186 and ISBN 0130982180.