Interesting Narrative of the Life of Olaudah Equiano, or Gustavus Vassac the African 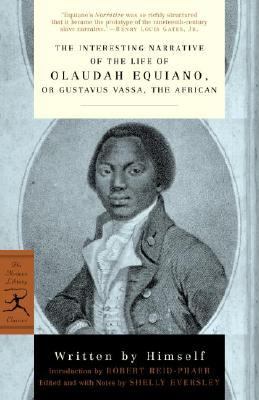 Chapter 1 The Author's account of his country, and their manners and customs-Administration of justice-Embrenche-Marriage ceremony, and public entertainments-Mode of living-Dress-Manufactures-Buildings-Commerce-Agriculture-War and Religion-Superstition of the natives-Funeral ceremonies of the priests or magicians-Curious mode of discovering poison-Some hints concerning the origin of the Author's countrymen, with the opinions of different writers on that subject. I believe it is difficult for those who publish their own memoirs to escape the imputation of vanity; nor is this the only disadvantage under which they labour; it is also their misfortune, that whatever is uncommon is rarely, if ever, believed; and what is obvious we are apt to turn from with disgust, and to charge the writer with impertinence. People generally think those memoirs only worthy to be read or remembered which abound in great or striking events; those, in short, which in a high degree excite either admiration or pity: all others they consign to contempt and oblivion. It is, therefore, I confess, not a little hazardous, in a private and obscure individual, and a stranger too, thus to solicit the indulgent attention of the public; especially when I own I offer here the history of neither a saint, a hero, nor a tyrant. I believe there are a few events in my life which have not happened to many; it is true the incidents of it are numerous; and, did I consider myself an European, I might say my sufferings were great; but, when I compare my lot with that of most of my countrymen, I regard myself as a particular favourite of Heaven, and acknowledge the mercies of Providence in every occurrence of my life. If, then, the following narrative does not appear sufficiently interesting to engage general attention, let my motive be some excuse for its publication. I am not so foolishly vain as to expect from it either immortality or literary reputation. If it affords any satisfaction to my numerous friends, at whose request it has been written, or in the smallest degree promotes the interests of humanity, the ends for which it was undertaken will be fully attained, and every wish of my heart gratified. Let it therefore be remembered that, in wishing to avoid censure, I do not aspire to praise. That part of Africa known by the name of Guinea, to which the trade for slaves is carried on, extends along the coast above 3400 miles, from Senegal to Angola, and includes a variety of kingdoms. Of these the most considerable is the kingdom of Benin, both as to extent and wealth, the richness and cultivation of the soil, the power of its king, and the number and warlike disposition of the inhabitants. It is situated nearly under the line, and extends along the coast above 170 miles, but runs back into the interior part of Africa, to a distance hitherto, I believe, unexplored by any traveller; and seems only terminated at length by the empire of Abyssinia,1 near 1500 miles from its beginning. This kingdom is divided into many provinces or districts: in one of the most remote and fertile of which I was born, in the year 1745, situated in a charming fruitful vale, named Essaka.* The distance of this province from the capital of Benin and the sea coast must be very considerable; for I had never heard of white men or Europeans, nor of the sea; and our subjection to the king of Benin was little more than nominal; for every transaction of the government, as far as my slender observation extended, was conducted by the chiefs or elders of the place. The manners and government of a people who have little commerce with other countries are generally very simple; and the history of what passes in one family or village, may serve as a specimen of the whole nation. My father was one of those elders or chiefs I have spoken of, and was stiled Embrenche; a term, as I remember, importing the highest distinction, and signifying in our language a mark of graEquiano, Olaudah is the author of 'Interesting Narrative of the Life of Olaudah Equiano, or Gustavus Vassac the African', published 2004 under ISBN 9780375761157 and ISBN 0375761152.