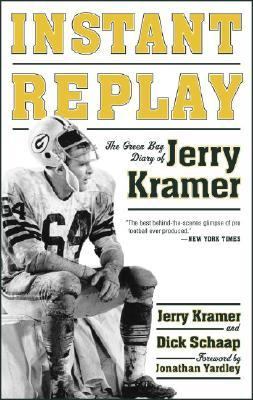 1 PRELIMINARY SKIRMISHES FEBRUARY 10 I drove downtown to the Packer offices today to pick up my mail, mostly fan mail about our victory in the first Super Bowl game, and as I came out of the building Coach Lombardi came in. I waved to him cheerfully--I have nothing against him during the off-season--and I said, "Hi, Coach." Vince Lombardi is a short, stout man, a stump. He looked up at me and he started to speak and his jaws moved, but no words came out. He hung his head. My first thought--from force of habit, I guess--was I've done something wrong, I'm in trouble, he's mad at me. I just stood there and Lombardi started to speak again and again he opened his mouth and still he didn't say anything. I could see he was upset, really shaken. "What is it, Coach?" I said. "What's the matter?" Finally, he managed to say, "I had to put Paul--" He was almost stuttering. "I had to put Paul on that list," he said, "and they took him." I didn't know what to say. I couldn't say anything. Vince had put Paul Hornung on the list of Packers eligible to be selected by the Saints, the new expansion team in New Orleans, and the Saints had taken him. Paul Hornung had been my teammate ever since I came to Green Bay in 1958, and he had been Vince's prize pupil ever since Vince came to Green Bay in 1959, and it may sound funny but I loved Paul and Vince loved Paul and everybody on the Packers loved Paul. From the stands, or on television, Paul may have looked cocky, with his goat shoulders and his blond hair and his strut, but to the people who knew him he was a beautiful guy. I stood there, not saying anything, and Lombardi looked at me again and lowered his head and started to walk away. He took about four steps and then he turned around and said, "This is a helluva business sometimes, isn't it?" Then he put his head down again and walked into his office. I got to thinking about it later, and the man is a very emotional man. He is spurred to anger or to tears almost equally easily. He gets misty-eyed and he actually cries at times, and no one thinks less of him for crying. He's such a man. JUNE 15 Practice starts a month from today, and I'm dreading it. I don't want to work that hard again. I don't want to take all that punishment again. I really don't know why I'm going to do it. \I must get some enjoyment out of the game, though I can't say what it is. It isn't the body contact. Body contact may be fun for the defensive players, the ones who get to make the tackles, but body contact gives me only cuts and contusions, bruises and abrasions. I suppose I enjoy doing something well. I enjoy springing a back loose, making a good trap block, a good solid trap block, cutting down my man the way I'm supposed to. But I'm not quite as boyish about the whole thing as I used to be. A couple of months ago, I was thinking seriously about retiring. Jimmy Taylor, who used to be my roommate on the Packers, and a couple of other fellows and I have a commercial diving business down in Louisiana. Jimmy, who comes from Baton Rouge and played for Louisiana State University, is a great asset to the business; he's such a hero in Louisiana I wouldn't be surprised if he ended up as governor. We've been building up the company for three years now, and this year, with Jimmy playing for the Saints--he played out his option here and jumped to New Orleans--we should really do well. He'll be able to entertain potential customers, wine them and dine them and take them to the Saints' games. I thought of retiring so that I could devote more time to the company. And I would have retired, I believe, or at least tried to shift to the New Orleans team, if a deal hadn't come through with a man named Blaine Williams, who's in the advertising business in Green Bay.Kramer, Jerry is the author of 'Instant Replay The Green Bay Diary of Jerry Kramer', published 2006 under ISBN 9780385517454 and ISBN 0385517459.