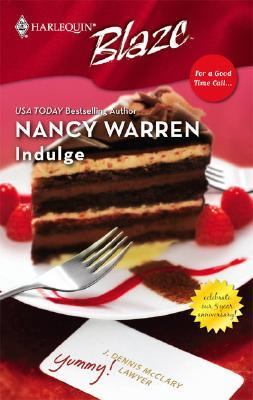 "OH, THAT FEELS SO GOOD," the woman on the bed murmured, her chest rising slightly with pleasure. "Can you take it a little deeper?" Mercedes Estevez asked her. "Yes," she moaned. "Oh, yes." Mercedes pushed her fingers deeper into the skin and muscle of the woman's shoulders, chuckling at the exaggerated moaning that ensued. "You sound like you're having sex." One eye, outlined in a deep-conditioning face mask, opened. "Honey, I never feel this good when I'm having sex. You have magic fingers, and the smell of these products is divine." "They're made from old family recipes." A bubble of excitement rose within her. Her female ancestors had been making and sharing their creams and lotions for a hundred years, first on the family estate in Guadalajara and more recently on the family farm in California. The women in her family kept their beauty and youthful skin far longer than nature could possibly have intended. Now it was Mercedes's dream to use those family recipes as the foundation for her own beauty empire. EstÉe Lauder and Helena Rubenstein were her role models; only, she was building her empire her own way. Keeping the products available only within her spa. Soon Indulge, San Francisco, the tasteful, sybaritic, luxurious day spa that was Mercedes's creation, would be running smoothly without her, and she had big plans for more spas in California, including L.A., and then she'd jump straight to Manhattan. She had great products, a fabulous spa concept, drive, determination and boundless energy and optimism. Mercedes was going to make a success of her life, and nothing was going to get in her way. "I don't know what I'll do if you ever leave." Mrs. Huddington sighed, as though she'd read Mercedes's mind. Mercedes hadn't yet told any of her clients that soon she would be splitting her time between several spas and would no longer be able to keep clients of her own. "I promise that if that day comes, I'll make sure to train my replacement so she's at least as good as I am. Maybe better." That one eye opened again. "You're not getting bored, are you, dear?" Mercedes smiled and told her client to lie back and relax, but she was jolted. Was it so obvious? In fact, boredom was her besetting sin. Well, one of her besetting sins. She seemed to have been beset with more than her share. It was the flip side of the ambition that made her tick. That driving ambition married with quick boredom probably was a genetic thing. The same drive and determination had encouraged her grandparents to make the move from their native Mexico to California. Their modest farm had grown as healthily as the crops on their land. Even though her mother had married an all-American type, an insurance salesman from San Jose, Mercedes still felt a great kinship with her Mexican grandparents, spending summers picking fruit, refreshing her Spanish every year and, finally, having the family secret recipes shared with her. Not only the recipes forsopa de flor de Calabazaand enchiladas, but for those creams and lotions that now formed the basis of her product line. Only herabuelawas left now, still living on the farm. Mercedes loved it there as much as she always had, but it wasn't enough for her. She'd be bored crazy. So she took the magic ingredients growing on that land to create her spa products. And dreamed of success. Enough success to cure her once and for all of the restless boredom that boiled within her at the oddest times. "I love challenges, that's all. You never know where I'll end up." "Well, you're the best there is in this city. I've never felt so pampered or looked so good." If that statement was an exaggeration, it wasn't a huge one. Maybe she didn't entirely believe herabuela"s assertion that the roots of her herbs had been blessed by Aztec priests. Still, she wouldn't be happy if those original plants brought from Mexico died. They weWarren, Nancy is the author of 'Indulge', published 2006 under ISBN 9780373792795 and ISBN 0373792794.

5 from $0.01
Loading marketplace prices 5 copies from $0.01 How does the rental process work?
View more