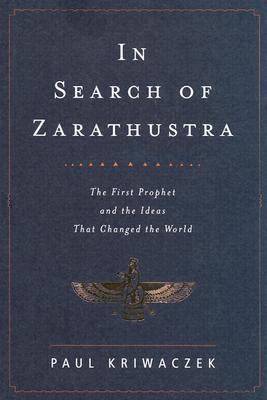 Chapter 1 An Idea for Now The Golden Road to Samarkand We bowled along the road into Uzbekistan from neighbouring Tajikistan, up and over a pass through the snowy Pamir mountains, with me intoning selected verses from Flecker's "The Golden Journey to Samarkand": Away, for we are ready to a man! Our camels sniff the evening and are glad. Lead on, O Master of the Caravan: Lead on the Merchant-Princes of Bagdad. Have we not Indian carpets dark as wine, Turbans and sashes, gowns and bows and veils, And broideries of intricate design, And printed hangings in enormous bales? And we have manuscripts in peacock styles By Ali of Damascus; we have swords Engraved with storks and apes and crocodiles, And heavy beaten necklaces, for Lords. Sweet to ride forth at evening from the wells When shadows pass gigantic on the sand, And softly through the silence beat the bells Along the Golden Road to Samarkand . . . . . . and then we would suddenly hit a pothole with a crash. For the road was long and, in reality, far from goldentwo hundred miles or so of cracked grey concrete slabs, each junction making our vehicle lurch violently enough to lift our stomachs into our mouths, the shoulder occasionally adorned with the burnt-out wreck of a truck lying on its side or even upside down. But arriving in Samarkand made the effort worth while. Here we were in one of the world's dream cities. Dusty, hot and tired, we stood in the central square and marvelled. It is said of the Taj Mahal that, however familiar the photograph, the reality is more breathtaking than one can possibly expect. So it is with Samarkand. The Registan, the "place of sand," is one of the architectural wonders of the world. On the west end of a great plaza, where six radial roads, one from each of the ancient city gates, met in the hub of his capital, Khan Ulugh Beg, famed astronomer and grandson of the Mongol ruler Timur-i-leng, Timur the Lame or Tamerlaine, no stately pleasure dome decreed, but a jewel of a madrasehan Islamic college. Its rectangular facade, pierced by a pointed entrance arch and flanked by stubby minarets like cannon tipped on end to fire prayers at heaven, glitters with sumptuous knotwork decoration, executed in brilliant shades of blue against a background the colour of pale sand, matching the Central Asian sky and the dusty earth. While far off in the West a fifteenth-century barbarian called Henry V of England was fighting the Battle of Agincourt, here, it is said, the noble and wise Khan himself gave classes in mathematics, astronomy and philosophy. A century later, Babur, founder of the Moghul Empire, mounted his command and control post for the defence of the city on the madraseh's roof. Another hundred years on, the city governorthe resoundingly named General Alchin Yalangtush Bahadurcommanded the building of a further matching pair of colleges, one on the north and another on the east side of the stone-paved square. Now, though, the decoration was to be different. In the two hundred years which separated the first madraseh from its fellows, the ruling style had moved on. On the central building, which doubles as both madraseh and mosque, leaf and flower shapes in green and yellow are entwined into the crystalline geometry of its mosaic tilework. But it is the third madraseh, the Sher-dar, that catches the eye unawares. For above the entrance is what must be among the most extraordinary designs to be found on any Muslim religious building anywhere. Sher-dar is Persian for "tiger-bearing." Over the grand archway through which the students would pass from blazing sunlight into the cool, dim, quiet interior, are depicted a symmetrical pair of tigers pursuing deer across a flower-strewn field. Over the back of each tiger rises an antKriwaczek, Paul is the author of 'In Search of Zarathustra The First Prophet and the Ideas That Changed the World', published 2003 under ISBN 9780375415289 and ISBN 0375415289.

1 from $9.63
Loading marketplace prices 1 copies from $9.63 How does the rental process work?
View more