In a Sunburned Country 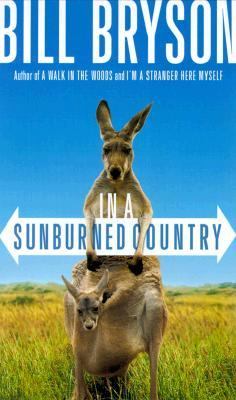 Chapter 1 Flying into Australia, I realized with a sigh that I had forgotten again who their prime minister is. I am forever doing this with the Australian prime minister--committing the name to memory, forgetting it (generally more or less instantly), then feeling terribly guilty. My thinking is that there ought to be one person outside Australia who knows. But then Australia is such a difficult country to keep track of. On my first visit, some years ago, I passed the time on the long flight reading a history of Australian politics in the twentieth century, wherein I encountered the startling fact that in 1967 the prime minister, Harold Holt, was strolling along a beach in Victoria when he plunged into the surf and vanished. No trace of the poor man was ever seen again. This seemed doubly astounding to me--first that Australia could just lose a prime minister (I mean, come on) and second that news of this had never reached me. The fact is, of course, we pay shamefully scant attention to our dear cousins Down Under--not entirely without reason, of course. Australia is after all mostly empty and a long way away. Its population, just over 18 million, is small by world standards--China grows by a larger amount each year--and its place in the world economy is consequently peripheral; as an economic entity, it ranks about level with Illinois. Its sports are of little interest to us and the last television series it made that we watched with avidity was Skippy. From time to time it sends us useful things--opals, merino wool, Errol Flynn, the boomerang--but nothing we can't actually do without. Above all, Australia doesn't misbehave. It is stable and peaceful and good. It doesn't have coups, recklessly overfish, arm disagreeable despots, grow coca in provocative quantities, or throw its weight around in a brash and unseemly manner. But even allowing for all this, our neglect of Australian affairs is curious. Just before I set off on this trip I went to my local library in New Hampshire and looked Australia up in the New York Times Index to see how much it had engaged our attention in recent years. I began with the 1997 volume for no other reason than that it was open on the table. In that year across the full range of possible interests--politics, sports, travel, the coming Olympics in Sydney, food and wine, the arts, obituaries, and so on--the Times ran 20 articles that were predominantly on or about Australian affairs. In the same period, for purposes of comparison, the Times ran 120 articles on Peru, 150 or so on Albania and a similar number on Cambodia, more than 300 on each of the Koreas, and well over 500 on Israel. As a place that caught our interest Australia ranked about level with Belarus and Burundi. Among the general subjects that outstripped it were balloons and balloonists, the Church of Scientology, dogs (though not dog sledding), Barneys, Inc., and Pamela Harriman, the former ambassador and socialite who died in February 1997, a misfortune that evidently required recording 22 times in the Times. Put in the crudest terms, Australia was slightly more important to us in 1997 than bananas, but not nearly as important as ice cream. As it turns out, 1997 was actually quite a good year for Australian news. In 1996 the country was the subject of just nine news reports and in 1998 a mere six. Australians can't bear it that we pay so little attention to them, and I don't blame them. This is a country where interesting things happen, and all the time. Consider just one of those stories that did make it into the Times in 1997, though buried away in the odd-sock drawer of Section C. In January of that year, according to a report written in America by a Times reporter, scientists were seriously investigating the possibility that a mysterious seismic disturbance in the remote Australian outback almost four years earlier had been a nuclear explosion set off by members of the Japanese doomsday cult Aum Shinrikyo.Bryson, Bill is the author of 'In a Sunburned Country' with ISBN 9780767903851 and ISBN 0767903854.