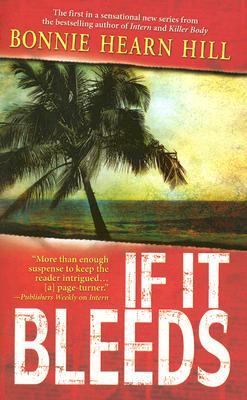 Sunday, June 3, 2:30 p.m. The San Joaquin Valley in summer was hotter than Mexico and hell put together, Corina Vasquez's father always said. At that moment she would have settled for either locale, anywhere but the Valley Voice cafeteria, where, thanks to the new manage-ment's cost-saving measures, the heat was almost as stifling indoors as out. Nothing warm about the way her co-workers were treating her, though. Corina bought a glass of Chai tea, paid the cashier and looked around. If the studied lack of interest of the others in the cafeacute; were any indication, nobody was going to invite her to share their table. Might as well take the tea back to her desk. At least she could get some work done without Matthew Henderson breathing down her neck. She'd just started back down the hall when J. T. Malone, the metro editor, dashed out of the elevator. He put on the brakes when he saw her. "Where the hell's Henderson?" he asked. Dressed down by his standards, in a white shirt and chocolate-brown slacks a shade darker than his skin, J.T. was the only person in the building who looked untouched by the heat. They'd been easy with each other once, almost friends, but that had all stopped when Ivy Dieser, the new managing editor, had promoted Corina to Matthew Henderson's assistant. "He's off today," she said. "It is Sunday, you know." "Where'd he go? He's not at home, not answering his phone nor his e-mail." "He'll be in tomorrow. What's so urgent?" J.T. hesitated, then said, as if she'd forced it out of him, "Got a lead on something big. A body's been uncovered outside of town. PD source says it's the mayor." For a moment, Corina was taken aback. Wes Shaw, her Wes, was mayor now, but J.T. wasn't talking about him. Her brain processed the scant information, and in doing so, reminded her that Wes Shaw was no longer hers and hadn't been for almost a year. "You mean Tina Kellogg?" "That's what I said. The mayor." Shock gave way to emotion. Tina Kellogg dead. It wasn't right, but it was what everyone suspected after she hadn't returned from a trip to the coast, hadn't made her house payment, hadn't contacted any of her friends. Corina fought the tears that came with the realization. "That's so awful. She was such a decent woman." "Yeah." J.T. studied her with even more intensity than usual. "If we can't find Henderson, I guess I'm going to have to send you out there." I guess? "We don't have time to look for him." She began walking as she spoke, heading for the stairs, adrenaline building. "Just tell me where they found her. I'm on my way." "Wait." J.T. reached for the cell phone on his belt. "Let me try Henderson one more time." Corina whirled to confront him, seeing it all there in his face: the suspicion, the distrust, the damned, rotten doubt. It was the way all the old-timers looked at her since the promotion, as if she were after their jobs. "Your call, J.T. You want me to cover this, or you want to stand here talking about it while the TV stations grab the story?" Moisture glistened on his forehead. He glanced at his watch, then at her, a man without choices, she thought, an editor who knew that, live or die, the only real enemy was time. "Okay," he said. "Get going." Even as she rushed for the door, she silently cursed him--he, who should know better than anyone--for how she felt trying to prove herself in this world, that regardless of what anyone said or pretended, was still run by white males. Sunday, June 3, 3:20 p.m. The smell hit her first. Even across the field, it carried like the stench of the stockyards, only more cloying. Standing outside her car, sun hammering down, Corina fought the reflex to gag. She'd been so intent on getting a decent story and proving herself to Henderson and the rest of the staff that she hadn't stopped to think about how she'Hill, Bonnie Hearn is the author of 'If It Bleeds', published 2006 under ISBN 9780778323396 and ISBN 0778323390.