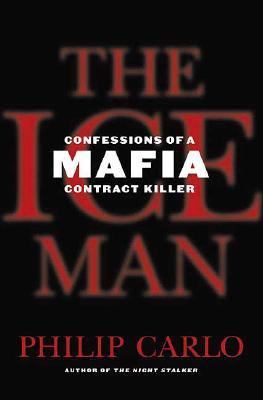 Chapter One Mortal Sin Indeed At the turn of the twentieth century, Jersey City, New Jersey, the place where Richard Kuklinski was born and raised, was a bustling Polish enclave. Because of its many Polish Catholic churches and an abundance of blue-collar work, Polish immigrants flocked to Jersey City in large numbers. The Lackawanna, Erie, Pennsylvania, and Central railroad companies all had bases in Jersey City. Trains from across the United States brought all kinds of produce to the East Coast of America, and this was the final stop. Sprawling rail yards filled the area. Rail tracks ran on just about every other street. Jersey City's main thoroughfare, Railroad Avenue, had a trestle running right down the center of the wide two-way street. Powerful black locomotives pulling long rust-colored trains to the waterfront were the norm; the heavy chug-chug sound and high-pitched screams of steam locomotives came from all directions, both day and night, seven days a week. Located at the northeast end of the state of New Jersey, Jersey City was ideally located near the bustling metropolis of Manhattan, and from here all types of goods and produce were shipped up and down the eastern seaboard. At its closest point just across the southernmost end of the Hudson River, Jersey City was only three-quarters of a mile away from lower Manhattanthe center of the worldand ferries were constantly bringing goods to the piers that crowded the busy Manhattan waterfront. On a clear day, it seemed, you could easily throw a stone to Manhattan from Jersey City, it appeared so closethe proverbial stone's throw away. In truth, Jersey City was as different from New York City as another planet. In Jersey City lived the working poor, those struggling to make ends meet, to put food on the table. Yes, there was a lot of work in Jersey City, but it was backbreaking menial employment, and the wages were pitifully low. In the summertime it was unbearably hot and humid. Because of underdeveloped swampland nearby, undulating dark clouds of mosquitoes filled the night air. In the winter Jersey City was brutally cold, constantly battered by powerful winds that came tearing down the Hudson River and off the nearby Atlantic Ocean. It seemed during those months like a place in the far northern reaches of Siberia. Located just next to Hoboken, Frank Sinatra's hometown, Jersey City was a rough-and-tumble town filled with hard-boiled blue-collar workers and their hard-boiled blue-collar offspring. This was a place where a kid quickly learned to defend himself or was victimized and bullied. The strong were respected and prospered. The weak were marginalized and put-upon. Richard Kuklinski's mother, Anna McNally, grew up in the Sacred Heart Orphanage on Erie and Ninth Streets. Her parents had emigrated from Dublin in 1904 and settled in Jersey City, which was then the tenth largest city in America. Anna had two older brothers, Micky and Sean. Shortly after the family arrived in Jersey City, Anna's father died of pneumonia and her mother was killed when a truck ran her down on Tenth Street. Anna and her brothers wound up in the orphanage. Though skinny and malnourished, Anna was a physically attractive child with dark, almond-shaped eyes and flawless cream-colored skin. In the Sacred Heart Orphanage, religion was forced upon the children, and Anna had the fear of God, hell, and damnation beaten into her by sadistic nuns who treated their charges as though they were personal servants and whipping posts. Before Anna was ten years old she was sexually accosted by a priest, and she lost both her virginity and a part of her humanity, and grew into an austere, cold woman who rarely smiled and came to view life through hard, unfeeling dark eyes. When,Carlo, Philip is the author of 'Ice Man Confessions of a Mafia Contract Killer', published 2006 under ISBN 9780312349288 and ISBN 0312349289.

7 from $3.49
Loading marketplace prices 7 copies from $3.49 How does the rental process work?
View more