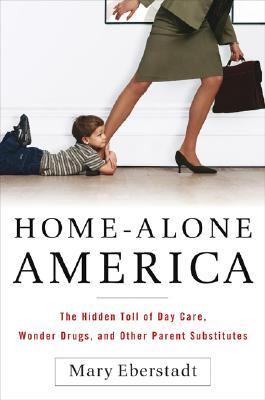 Introduction The argument of the pages that follow could scarcely be more controversial to many contemporary readers. Of all the explosive subjects in America today, none is as cordoned off, as surrounded by rhetorical land mines, as the question of whether and just how much children need their parents'especially their mothers. In an age littered with discarded taboos, this one in particular remains virtually untouched.This book challenges that social prohibition. It strives to shed light on one of the fundamental changes of our time: the ongoing, massive, and historically unprecedented experiment in family-child separation in which the United States and most other advanced societies are now engaged. Whole libraries have already been devoted to one side of this experiment. For decades everything about the unfettered modern woman'her opportunities, her anxieties, her choices, her having or not having it all'has been dissected to the smallest detail. From Simone de Beauvoir to Betty Friedan to any number of other recent feminist-fueled writers, the ideological spotlight remains the same: It is on grown women and what they want and need.1Much the same is also true of the vigorous recent literature running counter to feminism.2 Woman in her own right is also the focus of a recent boomlet in popular literature emphasizing the benefits to mothers of nurture.3 Even in fictional treatments of the having-it-all question, it is women once again who are the main narrative event.4In other words, to invoke a suggestive phrase from years past, the ?mommy wars? have so far been about just that. Whether celebratory or critical, left wing or right wing, fictitious or factual, most of the literature devoted so far to this great social experiment has one critical common denominator: It is all about the adult side, and particularly the female adult side, of the absent-parent home. Yet very little has been committed to print about the darker side of this massive experiment: namely, the sharp rise in child and adolescent problems that has occurred alongside this increasing adult, and particularly maternal, exodus from home. As the pages that follow show, to ask what scholars and researchers are turning up about the state of American youth is to invite a barrage of depressing information on mental problems, behavioral problems, sexually transmitted diseases, educational backwardness, and more. As William Damon, one of the first writers to have apprehended this empirical slide, put it in his book, Greater Expectations, in 1995, ?Practically all the indicators of youth health and behavior have declined year by year for well over a generation. None has improved. The litany is now so well known that it is losing its power to shock [emphasis added].'5Like Damon, some other observers have also commented on one or another aspect of this deterioration. Both rightward-leaning Francis Fukuyama (The Great Disruption) and leftward-leaning Robert D. Putnam (Bowling Alone) have noted independently that one factor driving the lessening of ?association? in American life is the reorienting of adult attention, particularly women's, away from the home and neighborhood and toward the workplace. Numerous other writers have made a different broad sociological point'that what advantages the modern adult often disadvantages the modern child: Midge Decter (An Old Wife's Tale), David Ellkind (The Hurried Child), Arlie Russell Hochschild (The Time Bind), Barbara Defoe Whitehead (Dan Quayle Was Right), Christina Hoff Sommers (The War Against Boys), and Kay S. Hymowitz (Ready or Not), among others. Perhaps most important, in his 1995 book, Fatherless America, David Blankenhorn broke critical ground by drawing attention to the empirical correlations between troubled children and one particular subset of the adult-emptied world, i.e., absent fathers. And so the time seems ripe to examine at book length these two establEberstadt, Mary is the author of 'Home-alone America The Hidden Toll Of Day Care, Wonder Drugs, And Other Parent Substitutes', published 2004 under ISBN 9781595230041 and ISBN 1595230041.