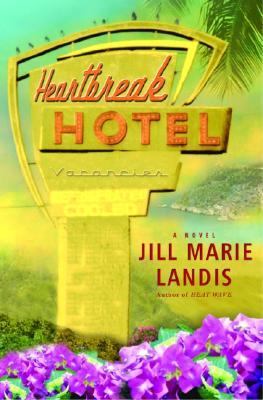 CHAPTER ONE Wade MacAllister had spent most of his life wishing he had more of everything--more luck, more talent, more money. He had money now. More money than he'd ever imagined. If he'd been blessed with real talent, maybe his luck wouldn't have run out. Steering his Harley into a scenic turnout with a view of the Pacific, he killed the engine and set the kickstand. The heavy black and chrome bike listed to one side, poised above the pavement, heat radiating off of the pipes. Though silent now, the growl of the engine still hummed in his ears. Beyond the lookout, the ocean rose and fell, its rough surface surging in every direction, pulled by the tide, the wind, and the swells. Gathering twilight made it harder to see. Wind gusts off the water matched the rhythm of the waves. The chill in the air cut through his leather jacket, reminding him that he could still feel. That he was still alive. The night was moonless and melancholy. Restless like him. "Make up your goddamned mind." The mumbled words were quickly swept away, carried off on the wind, drowned by the roar of the waves. "If you're going to do it, get it over with." He glanced up and down the highway. There were no cars in sight. He was ever conscious of the gun in his saddlebag, a classic Colt .45, Gold Cup Trophy model he had picked up from a dealer in Phoenix. He'd practiced at a firing range to make sure he knew how to use it, though for his purposes, a good aim wasn't important. Tonight, like every other night, his fertile mind conjured up memories of things best forgotten. He tried, God knew he'd tried, but there was no way he could ever forget the twelve women murdered in unspeakable ways. Lovely young women who had died violent, heinous deaths. Acts spawned by a sick and twisted mind. His sick and twisted mind. Do it right now. Right here. Get it over with. But there was more than a whisper of daylight left. His mind spun out the what-ifs. What if an unsuspecting driver pulled over? What if a car full of people drove by, saw his body lying there? What if there were kids in the car? What then? He needed to go somewhere off the beaten track, somewhere lonely and solitary. A secluded place more in keeping with the way he'd always lived his life. He'd know it when he saw it and when he did, maybe then he'd find the courage to put an end to everything. The twelve women. The constant moving. The disguises. He'd find the right place and then maybe he'd find the courage to bring the story of his life to a close. CHAPTER TWO After dark, the lobby of the Heartbreak Hotel seemed to expand, like the walls of a carnival fun house. At night, the persistent pounding of the waves against the shoreline filled the rooms like the amplified beat of a solitary heart. Except for an occasional passing car, there was no competition for the echo of the waves. Loneliness filled the rooms in the evenings, too. Tracy Potter didn't notice it as much during the day when she was running in all directions. But at night, after the workmen left, the sun had set, and her nine-year-old son, Matthew, was tucked in bed, she would struggle with an ache so deep, so raw, that it took everything she had to convince herself that circumstances change--that life was bound to take a turn for the better. She still found it hard to believe that in a couple more weeks, her husband, Glenn, would have been gone six months. Gone. The word made it sound as if he had just stepped out to meet a client and would be back any minute. Her footsteps echoed against the scuffed hardwood floors of the wide-open lobby, falling silent whenever she paused to pick up a sticky wad of used masking tape or carefully sidestep a pile of drop cloths the workmen had left on the floor. Six months ago, if anyone would have told her that sheLandis, Jill Marie is the author of 'Heartbreak Hotel', published 2005 under ISBN 9780345453303 and ISBN 0345453301.