Health And Healing In Comparative Perspective 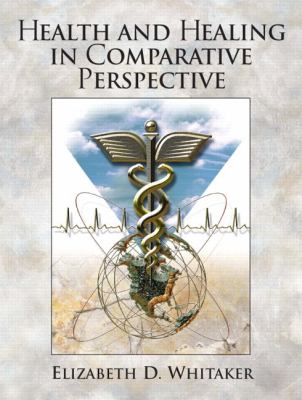 While teaching seminars in medical anthropology, I have noticed that discussions and written work turn frequently to comparisons and contrasts across places, peoples, and time periods. At the same time, my work with colleagues in public health, medicine, and health and fitness has shown me that practitioners in other fields share a lively interest in anthropological perspectives, methods, and data. This reader answers the need for a book that provides both fascinating comparative ethnographic detail and a theoretical framework for organizing and interpreting information about health. While there are many health-related fields represented in this book, its core discipline is medical anthropology and its main focus is the comparative approach. Cross-cultural comparison gives anthropological analysis breadth while the evolutionary time scale gives it depth. These two features have always been fundamental to anthropology and continue to distinguish it among the social sciences. A third feature is the in-depth knowledge of culture produced by anthropological methods such as participant-observation, involving long-term presence in and research among a study population. Medical anthropology is the part of anthropology that focuses upon the human experience of health and disease. Evolutionary and comparative approaches are particularly relevant given that the health of the mind/body is an inescapably biocultural phenomenon, standing at the intersection of history, biology, and culture. In addition, many health-related topics such as illness, healing, and death are human universals, but they by no means take a uniform shape everywhere. Accordingly, the readings that follow emphasize comparisons and contrasts, whether across healing traditions, population groups, or time periods. By weaving biological and cultural approaches throughout the text, the book builds a model of the relationship between humans and diseases over historical and evolutionary time scales. There are practical implications both for understanding disease processes and cultural coping mechanisms, and for making the most of historical lessons to manage current health concerns. Anthropological studies of health help to illustrate the point that the concept of culture is better understood as an adjective than a noun. That is, cultures are not coterminous with particular groups of people, nor static features that pertain to individuals and directly explain their actions, as is often assumed in health research and medical care. Rather, the concept of culture describes fluid, permeable, changeable sets of collective beliefs, values, and behaviors that inform, shape, and constrain the worldviews and personal choices of individuals, but not always in the same manner or to the same degree. The articles in this collection illuminate some of the subtle and yet not unknowable workings of culture across a variety of case examples. The selections range from small-scale, detailed analyses to large-scale comparisons across world regions. In this way, the book benefits from both the attention to context that is possible in localized analyses, and the explanatory power of broad-based, carefully executed comparisons across a larger number of units of analysis. Both the minutely reductionist and the majestically expansionist frames of vision have their place in the pursuit of knowledge. Likewise, both quantitative and qualitative approaches are appropriate tools of anthropological analysis and appear throughout the text. Some studies are highly data-driven; others depend upon close analysis of interview and other ethnographic material. The inclusion of studies using such a variety of approaches allows for the development of a global perspective on health and healing that is grounded in concrete, local contexts. Selection of articles Medical anthropology and related disciplines concern themselves with a wide fieldWhitaker, Elizabeth D. is the author of 'Health And Healing In Comparative Perspective ', published 2005 under ISBN 9780131273832 and ISBN 0131273833.