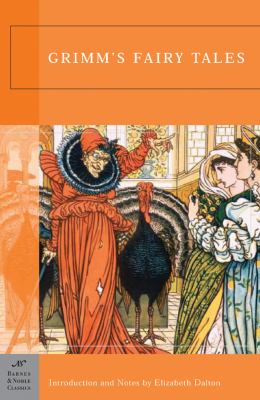 From Elizabeth Dalton's IntroductionGrimm's Fairy Tales Originally intended for adults, theKinder- und Hausmarchen (Children's and Household Stories)of the Brothers Grimm has become not only the world's most important collection of folk and fairy tales, but also the central work in the literary culture of childhood. Paradoxically, the tales have been criticized ever since they first appeared as inappropriate for children--too frank about sex, too violent, too dark. The Grimms themselves began censoring the sex as they brought out successive editions, and subsequent editors and translators have continued the process, modifying the violence as well. But the darkness remains. These tales of enchantment and ordeal contain terrifying encounters with witches, giants, and devouring beasts. Even the more benign tales usually involve suffering or danger: persecution by a cruel stepmother or abusive father, a battle with a demon, at the very least marriage to a hedgehog or some other strange creature. There are confrontations with death itself, as in "The Three Snake-Leaves" and "The Godfather Death," and with the enchanted sleep that resembles it, as in "The Glass Coffin" and "Briar Rose," the Sleeping Beauty story. Yet in spite of these dark and deathly elements, or perhaps even because of them, the Grimms' tales have a compelling vitality. They are cruder, wilder, more violent, and more fun than the elegant and poignantly beautiful tales of the Grimms' Danish contemporary Hans Christian Andersen. Unlike Andersen, the Grimms did not invent new tales but collected old ones, with the intention of preserving the oral tradition of the German peasantry. Whether in fact they fulfilled that intention has been questioned. Their tales do afford a glimpse of a world of castles and forests, nobles and peasants, superstitious beliefs and primitive practices that suggest origins at least as old as feudal Europe, and often much older. Some of the tales have been traced back through the centuries by way of earlier versions until they disappear into prehistoric times. Residues of the social and material conditions of the societies from which they came can be found in the tales, but transformed, as in a dream, by wish, fear, and fantasy. Indeed, the tales often have the strange logic, the freedom from the constraints of time and space, and the abrupt and violent actions that characterize dreams and that Freud attributed to what he called "primary process," the kind of thinking that prevails in the unconscious and in childhood. The boundary between reality and fantasy is porous and unstable; everything, including inanimate objects, is alive and responds magically to wishes and fears. There are mysteries and secrets everywhere, as in the lives of children, who are kept in the dark about fundamental realities--sex, death, money, and the whole complex mystery of their parents' desires and disappointments. The sense of mystery and the belief in the magical powers of thought never go away entirely, but live on in the adult unconscious, accounting for the inexhaustible appeal of fairy tales. They reappear continually in new forms, not only for children but as sophisticated works for adults, such as Jean Cocteau's classic filmLa Belle et la Bete(1946), Donald Barthelme's ironic postmodern novelSnow White(1967), the unconventional feminist fictions of Angela Carter, the Stephen Sondheim musicalInto the Woods(1987), and so on. Most German writers who came after the Grimms tried sooner or later to write a fairy tale. Even the stories of Franz Kafka are like fairy tales gone wrong. The patterns of fantasy and the narrative structures of the tales apparentlGrimm, Jacob W. is the author of 'Grimm's Fairy Tales', published 2003 under ISBN 9781593080563 and ISBN 1593080565.