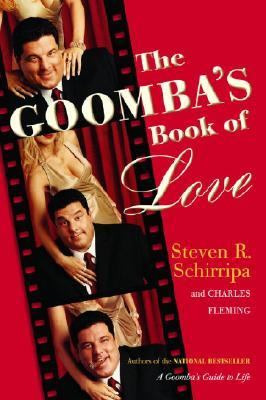 First Love: A Goomba and His Mother Nothing is more powerful than a mother's love. That is why mothers are so difficult to live with. The mother is the most important force in every boy's life, but this is especially true in the Italian community and in the goomba household. The mother is king, queen, president, and dictator. The goomba loves his mother more than he will ever love another human being until he has children. Nothing is more powerful than a mother's love. That is why mothers are so difficult to live with. In my house, when I was a kid, my mother ran everything. That's partly because my dad was a screw-up. He was a bookie, and a gambler, and a ladies' man, and he wasn't around all that much. But it was also partly because my mother was one tough broad, and she knew how to run a household. She ruled with an iron fist. No, that's not true. She ruled with a wooden spoon. This was her weapon of choice. Some families it's a dad with a belt. In my house, if you got out of line, you got the wooden spoon. One time, I was about 17 or 18, and I stayed out all night. I'd been out with some people, and it was morning before I got home. I came in wearing the same clothes I was wearing the night before. My mother came after me with the wooden spoon, screaming. "Where have you been? Who were you with? You're a whoo-ah! Nothing but a whoo-ah!" All the time, she's battin' me over the head with this big wooden spoon. I had Sunday sauce all over me by the time she was done. This is tough love. It comes from having a tough life-and my mother had a tough life. My father wasn't around. She was raising five kids. On her own. On welfare, and working a job on the side. She got sixty bucks a month for cleaning up at the local Democratic Club. They'd rent the hall out for parties, and then my mother would come in and mop the floors and scrub the toilets. And we still didn't have enough money, partly because my mother refused to move out of the neighborhood. We couldn't afford a good apartment in Brooklyn, but she refused to move to the projects or to some crummy neighborhood with no Italians. So, we stayed in a good neighborhood, in Bensonhurst, all six of us crammed into this two-bedroom apartment on Bay 11th Street. My mother clawed and struggled, and why? For the love of her kids. I come from two generations of tough mothers, now that I think about it. My grandmother was tough, too-especially on my grandfather. I think they hated each other. They had an arranged marriage. They were both Calabrese, from the same little town. He was older, and he'd been married before and his first wife had died. Now he's married to my grandmother, and they come to America. She's got two brothers. She loves these guys! They live with her and her husband. She cooks for them, and treats them nice, and everything. For my grandfather, nothing. She won't even cook for him. He has to take his meals in a restaurant, while she's at home cooking for her brothers. He was like this old Italian guy I heard a story about. This guy was dying. He was on his deathbed. He knew his number was up. But as he lay there preparing to meet his maker, he starts to smell this unbelievable smell. Something incredible is coming from the kitchen. He thinks he's died and gone to heaven already, it smells so good. So he gathers all his strength and gets up from his deathbed. He goes toward the smell. All he can think is, "My wonderful wife has made a delicious meal to serve me before I die! What a lovely woman!" He finally makes it into the dining room. What does he see? His wife's meatballs! In Sunday sauce! His favorite meal in all the world! He reaches for a taste of this heavenly food, and picks up a meatball and puts it to his lips-when suddenly his wife comes out of nowhere and smacks him on the hand with a big wooden spoon. "Drop it!" she yells. "Those are for the funerFleming, Charles is the author of 'Goomba's Book Of Love How to LOVE Like a Guy From the Neighborhood', published 2005 under ISBN 9781400054329 and ISBN 140005432X.

3 from $8.01
Loading marketplace prices 3 copies from $8.01 How does the rental process work?
View more