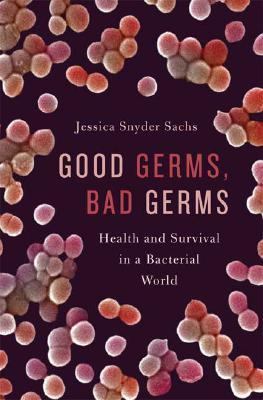 Excerpt On the icy afternoon of December 6, 2003, Theresa Lannetti slipped into the home-team bleachers of Person Stadium, in the wooded college town of Williamsport, Pennsylvania. Like everyone around her, she had come to cheer the Lycoming College Warriors in their NCAA division quarterfinals against the Bridgewater Eagles. But for once Theresa did not scan the crowd for the other parents with whom she'd become friends over the previous three years. She understood that few would expect her to be there, and some might feel awkward that she was. The previous night, in the critical-care unit of a local community hospital, Theresa had wrapped her arms around her son's college roommate, Sean Hennigar, telling him that he would score a touchdown for Ricky the next day. In the morning Theresa knew that she had to stay in Williamsport and lose herself in the familiar sounds of the game. She watched as Ricky's teammates jogged out from the locker room; she registered the clenched jaws and fists of his best friends; and then she glimpsed the 19s scrawled in eye black across their arms, sleeves, and pant legs. The cheerleaders rose to welcome the teammore 19s, written in jagged strips of athletic tape across the backs of their jackets and with blue greasepaint on puffy cheeks streaked with tears. Theresa's own eyes remained dry until she looked across the field to see yet another 19, some fifteen feet tall, shoveled into the snowy hillside alongside the visitor stands. As Theresa watched, the artist put down his shovel and flopped onto his back, adding one perfect snow angel and then anothertwo asterisks above her son's number. Perhaps they stood for the two team records that Ricky Lannetti had set that season: six pass receptions in a single game and seventy over the regular season. Overhead, the clouds began to part for the first time that week. The first snowstorm of the winter had arrived the previous Tuesday, dusting the field as the Warriors finished afternoon practice. The forecast of weeklong blizzard conditions did not dampen the campus-wide excitement over the NCAA division quarterfinals, with expectations high that this would be the season Lycoming would advance to the semifinals, having fallen short the previous six years. Ricky had started coughing that morning, and near the end of the blustery cold practice, a wave of nausea forced him to sit out the final plays. When Theresa called from Philadelphia the next day, Ricky cut her short. "Mom, I can't talk right now. I don't feel so good," he said. "I'll be fine. It's just one of those twenty-four-hour things. I gotta throw up now, okay?" Theresa told herself that Ricky was probably righthe'd be fine by the weekend. As always, she looked forward to watching her son play and didn't even mind the 180-mile trip from her row-house neighborhood in northeast Philly to Williamsport, the central Pennsylvania college town where Ricky was halfway through his senior year as a criminal justice major. While Theresa's marriage to Ricky's father had ended in 1991, their son's sports, especially football, kept family and mutual friends bound together around practice schedules, games, and postgame celebrations. In grade school Ricky had a reputation as a "mighty mite," always among the smallest on the field but also the hardest to catch or evade. Other kids his age could never understand how a guy who barely reached their shoulders could hit so damn hard or arc into the air, as if from nowhere, to snag a ball. By the time Ricky reached high school, Theresa was cheering more often than cringing when her son withstood tackles that should have brought down someone twice his size. SheSachs, Jessica Snyder is the author of 'Good Germs, Bad Germs Health and Survival in a Bacterial World', published 2007 under ISBN 9780809050635 and ISBN 0809050633.