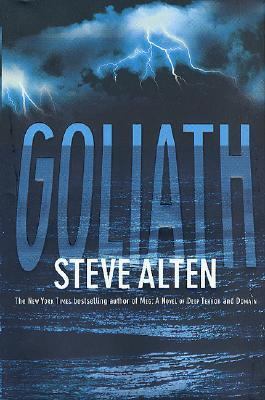 CHAPTER 1 25 September Atlantic Ocean Seine Abyssal Plain 112 miles southwest of the Strait of Gibraltar With an expulsion of air and water, the majestic behemoth breaks the surface, her sickle-shaped dorsal fin cutting the waves, her great tail slapping the sea in defiance before slipping back into the froth. At 120 tons, the blue whale is easily the largest living organism ever to have existed on the planet, often reaching lengths of one hundred feet or more. Ten tons of blood surge through its body, driven by a heart the size of a small car. Despite its prodigious girth, the mammal is not a predator but a forager of minifauna, thriving on a diet of krill and crustaceans, which it sieves from the water through its baleen plates. The adult female rises again, guiding her two-month-old calf to a labored breath above the storm-threatened seas. * * * A thousand feet below, an ominous presence moves silently through the depths. Demonic scarlet eyes, pupil-less and unblinking, blaze luminescent through the blackness of the abyss. Its gargantuan torso, cloaked in the darkness, scatters every creature in its path. Sensing a disturbance above, the creature banks sharply away from the seafloor and rises, homing in on the mother blue and her calf. The leviathan ascends, its bulk piercing the swaying gray curtains of the shallows, the filtered rays of sunlight revealing the enormous winged contours of a monstrous stingray. So quiet is the predator that the adult blue whale fails to detect its presence until it is nearly upon them. In a sudden frenzy of movement, the startled mother slaps her fluke and pushes her newborn below, rolling on top of her offspring to shield it from the jowls of the hunter. The ungodly behemoth pursues, its flat, triangular mouth remaining close to the gyrating tails of the frightened mammals. Yet the beast does not attack. Maneuvering through a trail of bubbles, it keeps the tip of its snout within a fin's length of the adult's thrashing fluke, taunting its quarry in a terrifying game of cat and mouse. Hunted and hunter race through the thermocline, the thin layer of water separating the sun-warmed surface waters from the colder depths. In due time, the leviathan tires of the chase. With a burst of speed, it soars beneath its terrified prey, buffeting them in its wake as it returns once more to the silence of the depths. Darkness and cold envelop the devilfish, black, save for the hellish glow surrounding its unearthly eyes. At nine hundred feet it levels out, its streamlined bulk creating barely a ripple. Gliding high above the desolate floor of the abyssal plain, it continues its journey west, homing in on its true quarry. * * * Atlantic Ocean: 235 nautical miles due west of the Strait of Gibraltar 15:12 hours Sailing beneath a mouse gray autumn sky, the United States aircraft CarrierRonald Reagan (CVN-76) plows through the sea, its steel bow cutting a path through the twelve-foot swells at a steady twenty knots. Belowdecks, Captain James Robert Hatcher, the fifty-two-year-old commanding officer of theRonald Reagan, ignores the grins of his crew as he vacates the exercise room and double-times it down one of the ship's two central passageways. Ducking deftly through a dozen watertight hatches and knee-knockers, he arrives in "blue tile country," the central command-and-control complex for the aircraft carrier and its battle group. TheRonald Reaganis a veritable fortress of modern-day warfare. One thousand feet long, with an island infrastructure towering twenty stories above the waterline, the Nimitz-class "supercarrier" is by far the largest and heaviest object at sea, weighing in at ninety-seven thousand tons. Despite its mammoth girth, the ship is fast, its four twenty-one-foot-wide bronzeAlten, Steve is the author of 'Goliath', published 2002 under ISBN 9780765300645 and ISBN 0765300648.