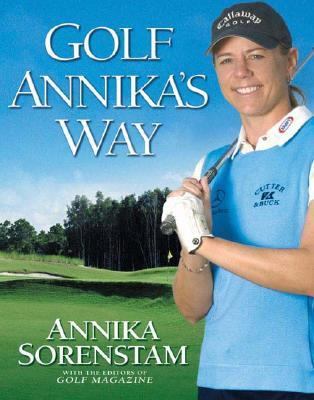 FOREWORDIn 1999, Annika Sorenstam and I were attending a corporate outing in San Francisco when she asked me if I would look at her putting. I gave her a couple of ideas to start off with, and then we got together a couple of weeks later at Bighorn Golf Club in Palm Springs for a serious session. When I teach someone to putt, I use the words ?feel? and ?roll? instead of words like ?try? and ?hit.' Annika tended to putt mechanically, and I wanted her to reach into her subconscious and feel the ball roll so that her putting would have almost a Zen-like feeling. True, we worked on the usual'grip, posture, and alignment, but we always stressed visualization and feel, which would lead to much better technique. We also increased the amount of loft that Annika had on her putter to help her roll the ball better. Annika was a quick and willing student, always working longer and harder than I suggested, and always accepting the risks connected with change. The results she achieved gave me a great deal of satisfaction. She went from a two-victory season the year before we worked together to amassing a total of 30 wins over the next four years. I was proud of her in 2003 when she entered the Bank of America Colonial in Fort Worth'a tournament I won in 1967, the first win of my PGA Tour career. Colonial Country Club, or ?Hogan's Alley,? as it is known, is a true shotmaker's course. Annika played spectacularly from tee to green, only to fail to putt as well as either of us would have hoped. Through all the pressure created by fans, media, and competitors, her confidence, smile, and competitive determination showed through. I was very honored when she asked me to write this foreword because I understand what a powerful message her book contains for all golfers regardless of age or ability. Annika is a golfer in total control of all aspects of the game, especially when it comes to creative thinking. The goals she sets are no longer laughed at'such as total victories, single-season grand slams, and scores (she already owns a 59). She even speaks of one day shooting a 54?all birdies. I wouldn't bet against her. Annika Sorenstam has become one of the most dominant female players in history. Let yourself learn from her here'her courage and strength, her determination and intelligence, and her deep faith in her ability. Then put it all to use in your own game, for your own improvement, and the results should be startling. ?By Dave Stockton, PGA Champion, 1970 and 1976 FOREWORDThis must seem like a weird twosome'a singer writing a tribute to a golfer. But I had the pleasure of meeting Annika several years ago through a mutual friend, and since that first meeting we've spent some time together in each other's worlds. I have played golf with her'which is a totally amazing experience for a duffer like me'and she has been a great supporter of my music, coming to see my shows all over the place. As brilliant as her golf is, it's only one of the things I admire about Annika. What really strikes me is the strength of her spirit'her determination to get better and better. I know what it takes to be at the top of your game, whether you're a doctor, a painter, a carpenter, a plumber, a singer, or a golfer. To be the best at anything, you have to be strong. You have to be willing to overcome all the obstacles that get in your way, and you have to make sacrifices. She's an athlete and I'm an entertainer, both of us blessed with talent, which is a gift. Annika has taken that gift and raised it to the highest level. I'll never forget the 2003 Bank of America Colonial tournament, when Annika became the first woman in fifty-eight years to play in a PGA Tour event. Remember her opening tee shot? How wonderfully she hit the ball, straight and true. Then she gave a big smile, put her hand to her heart, and pretended to stagger away in relief. The pressure was incredible, but she still performed remarkably well,Sorenstam, Annika is the author of 'Golf Annika's Way ', published 2004 under ISBN 9781592400768 and ISBN 1592400760.