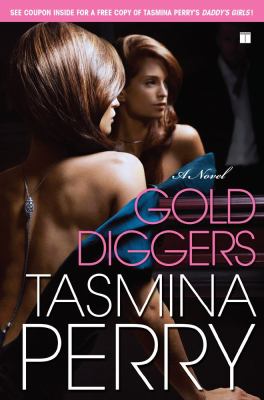 PROLOGUE The 175-foot superyachtZeusbobbed silently in Turkbuku Bay, the recently anointed St. Tropez of Turkey's Turquoise Coast. The night sky seamlessly blended into the oily-black waters of the Aegean Sea, wrapping the spectacular yacht in a cloak of darkness. A ghostly hush had fallen on the decks. Everyone on board had gone to beach clubs after dinner several hours ago, with only the crew playing cards belowdecks and enjoying an evening off from their demanding guests. All the guests except one. Sebastian Edward Cavendish, Old Etonian, minor aristocrat and owner of Cavendish Gallery, the most prestigious photographic gallery in London, sat in theZeus's smartest stateroom feeling as if his whole life was unraveling. Not even the luxury of the cabin, with its walnut-paneled walls and huge picture window looking out onto the inky sea could diminish his sense of being trapped. Sebastian had returned from The Supper Club, the Bodrum Peninsula's hottest nightspot, an hour earlier, drunk and angry. Unable to relax due to his escalating problems back home, his anxieties had bubbled over at the club and he'd had a furious argument with his wife, accusing her of flirting with their host. Tongue loosened by ouzo and goaded by his wife, he had blurted out that he'd slept with his new gallery assistant, a dazzling blonde recruited straight out of the Courtauld Institute. His wife had erupted like Mount St. Helens, getting it into her stupid pampered head that it was some kind of ongoing affair and had threatened him with divorce. He had pleaded with her to come back to the yacht to discuss things away from the DJ and the cocktails and eavesdropping jet set, but she had turned on her spike heels and disappeared. Frustrated, seething, he had stormed back to the boat. Now, staring out of the window of the cabin, his head throbbed as the alcohol buzzed round his bloodstream. He looked at his watch. Three a.m. and she still hadn't returned to the yacht. That bitch, he thought. Sebastian stripped off his clothes, throwing them onto a leather club chair, and chopped out a line of coke on the dressing table in the hope that it would make him feel better. As soon as the white powder hit the back of his throat he knew he had made a mistake. He felt even worse. Pulling on a white toweling bathrobe, Sebastian padded out on deck to get a hit of cold, salty, night sea air. He leaned against the waist-high rail at the aft of the yacht and rubbed his eyes. The lights of Turkbuku twinkled in the distance like tiny flickering candles. Beyond that his eyes strained to make out the heavily wooded Turkish hillside, the tall spike of a mosque's minaret. He wondered if this would be his last holiday on the big yacht with the glamorous friends. He snorted scornfully. They were friends now, but would they still want to know him when he was bankrupt? Like hell -- and he was living on borrowed time. Despite the high-profile launch parties and exhibitions of some of the world's finest fashion photographers, the Cavendish Gallery was failing, his gambling debts were mounting, and a particularly nasty North London family was chasing him for money he'd foolishly borrowed. He stood to lose everything. He had already put the Holland Park house, that stucco-fronted jewel, in his wife's name where it would be out of reach, although after tonight he was beginning to doubt that was such a good idea. Christ, he hoped she had cooled down. Sebastian hated confrontation; that was the root of his trouble. In business, in life, in love. He pushed himself upright and picked up a glass from the table beside him, pouring in a splash of ouzo. It was time to sort his life out, he thought, throwing the drink back. The yacht was due to sail to Istanbul in the morning, he reflected. They could get off at the port and enjoy a couple of days together strolling around the exotic bazaars, walking along the Bosphorus, anPerry, Tasmina is the author of 'Gold Diggers' with ISBN 9781416572602 and ISBN 1416572600.