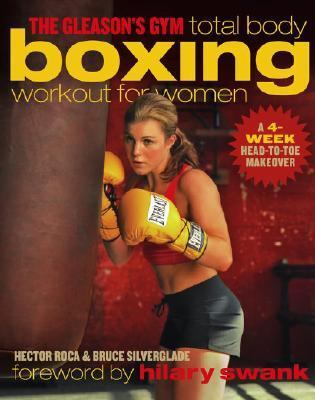 Introduction THE HISTORY OF GLEASON'S GYMBruce Silverglade, owner In the South Bronx, during the Great Depression, boxing was known as an Irishman's sport, which is why a little-known Italian bantamweight named Peter Robert Gagliardi changed his name to Bobby Gleason before opening the doors of his boxing gym in 1937. For $50 a month, Gleason, forty-five, rented a decrepit but sunny second-floor loft in an old factory building on the corner of 149th Street and Westchester Avenue. Looking out its eight-foot windows, the fighters could see the Royal Theater, where vaudeville stars, including Sophie Tucker, performed; the Central Theater, where neighborhood kids could buy a candy bar and catch a triple feature for a dime; and the Bronx Opera House, the neighborhood's grand dame. Dues at the gym were $2 a month, and Gleason put up a tough front when it came to collecting them. He hung a sign in his office that read, "Your dues are due today. If they have not been paid, please do so and save yourself the embarrassment of being asked." Despite the notice, he let many of his struggling fighters slide for months. Barely able to afford the gym himself, Gleason hacked a cab for ten to twelve hours a night, seven days a week. With his savings, Gleason outfitted the place with four heavy bags, six racks to hang speed bags (fighters had to bring their own), and a full-sized ring surrounded by chairs for spectators. The locker rooms consisted of one toilet and two showers, which only worked in the winter. (In the summer, the neighborhood kids would cool off by running through the water that came from the city fire hydrants, which sapped the gym's water pressure.) Summer, you can imagine, was not easy on the nose. Despite its quirks, Gleason's quickly became home to a deep roster of world champions, including Jake "Raging Bull" LaMotta; Mike Belloise; Phil Terranova, who Gleason managed; and Jimmy Carter. Thanks to their charisma, boxing's popularity surged, and Gleason's reputation for turning out top contenders grew. Six days a week, morning until night, the great trainers of the day -- Patty Colovito, Freddie Brown, Chickie Ferrara, and Charlie Galeta -- plied their craft inside -- and the crowds followed. There wasnevera still punching bag or free space left on the floor for shadowboxing or skipping rope. The wait to get into the ring, which was first-come, first-serve, often topped out at nearly two hours. Throughout the forties and fifties, Gleason's, as well as two of the city's other boxing institutions, Stillman's and the Old Garden, flourished, but by the sixties, "Boxing's Golden Age" had ended. With no attention-grabbing boxers, the sport's popularity receded. Bobby Gleason managed to hang onto his gym, while Stillman's and the Old Garden went down for the count. Gleason's remained the permanent training base for many world champs, and many out-of-town contenders, including Walter Cartier and Joe Frazier, set up their temporary base in the Bronx when they had fights scheduled at Madison Square Garden. In 1964, Muhammad Ali, then known as Cassius Clay, trained at Gleason's for his fight with Sonny Liston. (That fight was one of the biggest upsets of the twentieth century; Ali won the World Heavyweight title when Liston failed to answer the bell in the seventh round.) Later, Panamanian superman Roberto Duran used Gleason's to win three world titles. When Duran was at the gym, so seemingly was the rest of New York. Oftentimes, the surrounding street would have to be blocked off to accommodate all of his fans. In 1974, after thirty-seven years on Westchester Avenue, Bobby Gleason, then eighty-two, put a lock on the Bronx gym door for good. The building was knocked down, and a housing project was constructed in its place. Gleason moved his establishment to Thirtieth Street and Eighth Avenue in Manhattan,Roca, Hector is the author of 'Gleason's Gym Total Body Boxing Workout for Women A 4-week Head-to-toe Makeover' with ISBN 9780743286879 and ISBN 0743286871.