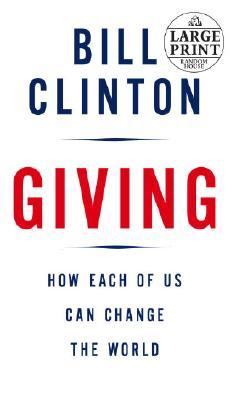 A few years ago Sheri Saltzberg and Mark Grashow of New York, recently retired from public health administration and teaching, went to Zambia for a wedding. Their son suggested they go to Zimbabwe to visit a family that had befriended him and to see Victoria Falls. While they were there, they visited several schools and were appalled to see that there were no textbooks, empty libraries, no science equipment, no basic school supplies, and often no school breakfast or lunch. When they got home they founded their own NGO, the U.S.-Africa Children's Fellowship, and formed a partnership with the Zimbabwe Organization of Rural Associations for Progress, which had been working since 1980 to help improve the economy and education in individual communities. Over the next two years, they located thirty-five U.S. schools to partner with thirty-five schools in Zimbabwe, and they've shipped four forty-foot containers to the schools, with more than 150,000 books, school supplies, toys, games, sports equipment, bicycles, clothing, sewing machines, agricultural tools, and other items. They raise funds for items needed but not donatedschool uniforms, locally printed books, and educational materials and scholarships. In the U.S. partner schools, Mark and Sheri try to give students an appreciation for what life is like for their counterparts in Zimbabwe. American kids learn that the kids in their partner school often get up at 5 a.m. to walk several miles to school, may well have nothing to eat, and may have lost one or both parents to AIDS. They also learn that many kids don't go to school at all because they can't afford the school fees, uniforms, or even a notebook and pencil; they have to work to support or stay home to care for a sick parent or younger sibling; or they don't have shoes and can't walk long distances in winter. The American children are empowered to take actioncollecting donations and writing letters to the Zimbabwean students. Mark and Sheri themselves fly to Zimbabwe as each shipment arrives and help distribute the donations to the schools. "The effects of the shipment have far exceeded anything we dreamed of" says Mark. "For the first time, students can take books home to read. Five percent of the kids in the seventh grade used to pass reading tests; now it's 60 percent. Three years ago, only one student in his district passed his A-level exams for university. This year, thirty-eight students passed. There are now art and sewing classes. Soccer flourishes because there's an abundance of soccer balls. Attendance in many kindergartens has increased threefold due to the introduction of toys. In September we'll increase the schools we partner with from thirty-five to fifty." The program has proven so successful, there's now a waiting list of three hundred schools. Why did they do this? Mark says, "I believe that each of us has an obligation to level the playing field of life. Schools that have no books, communities without water, and people without access to medical care are not someone else's problem. We all have a capacity to make a difference somewhere. We just have to decide if we have the will to do it." To be connected to hundreds of nonprofits and organizations doing great work, view the resources guide at www.clintonfoundation.org/giving From the Hardcover edition.Clinton, Bill is the author of 'Giving', published 2007 under ISBN 9780739368084 and ISBN 0739368087.