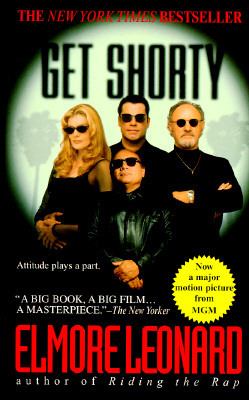 In the past ten years he'd become a fat little sixty-year old guy with frizzy hair. The same guy she once thought was a genius because he could shoot a ninety-minute feature in ten days and be looking at a workprint two weeks later . . . Harry doing the first of the Slime Creatures in Griffith Park when she read for him in bra and panties, he said to give him an idea of her figure, and she got the part. Karen asked him if he did horror or T and A and Harry explained to her the philosophy of ZigZag Productions. "Zig for the maniac, escaped lunatic and dope-crazed biker pictures." No vampires or werewolves; she would never get bitten or eaten. "Zag for the ones featuring mutations fed on nuclear waste, your slime people, your seven-foot rats, your maggots the size of submarines. But there's nothing wrong with showing a little skin in either type picture." She told him if he was talking about full frontal nudity, forget it, she didn't do porn, hard or soft. If she had to go to bed with him, okay, one time only, but it would have to be an awfully good part. Harry acted insulted. He said, "You ought to be ashamed of yourself, I'm old enough to be your uncle. But I like your spunk and the way you talk. Where you from, somewhere in Texas?" She told him he was close, Alamogordo, where her dad was a rocket man and her mom was in real estate. Karen told him she left to study drama at New Mexico State, but since coming here had done nothing but wait on tables. Harry said, "Let's hear you scream." She gave him a good one and he gave her a big smile saying, "Get ready to be a star." Karen was slimed to death within twenty minutes of her first appearance on the screen. Michael, who had also read for a part and was turned down, told her she was lucky, not have to hang around the set. It was where she first met Michael, when they were casting Slime Creatures fifteen years ago, saw him a few other times after, but they didn't seriously get it on until Michael was a star and she was living with Harry . . . tired of it, saying mean things and arguing by that time, picking at dumb lines that had never bothered her before. Like the one Harry threw at her in bed, out of nowhere . . . "Maybe it's only the wind." Knowing she'd remember it. Instead of giving him a look, she should have said, "What're you up to, Harry? What can I do for you?" Make him come out and say it instead of trying to take her down memory lane. It was so obvious. Harry wanted her to use her influence with Michael to set up a meeting. But wanted it to be her idea, happy to do him this favor because she owed him, theoretically, for putting her in pictures, making her a ZigZag Productions star. But it was weird--hearing that line again. When she first read it she said to Harry, "You've got to be kidding." It was his line, he was always rewriting, sticking in additional dialogue. Harry said, "Yeah, but it works. You hear the roof being torn off, you look up and say to the guy, 'Maybe it's only the wind.' You know why?" "Because I'm stupid?" "Because you want it to be the wind and not that fucking maniac up there. It may sound stupid, but what it does, it gives the audience a chance to release nervous laughter." "At my expense," Karen said. And Harry said, "You going to sulk? It's entertainment, babe. It's a put-on, the whole business of making pictures. You ever catch yourself taking it seriously you're in trouble." Karen recited the line. It got a laugh and a picture that cost four hundred thousand to make grossed over twenty million worldwide. She told Harry it was still schlock. He said, "Yeah, but it's my schlock. If it doesn't make me famous, at least it can make me rich." She might ask Harry in the morning, "Who's takLeonard, Elmore is the author of 'Get Shorty' with ISBN 9780440209805 and ISBN 0440209803.