Gems of the World 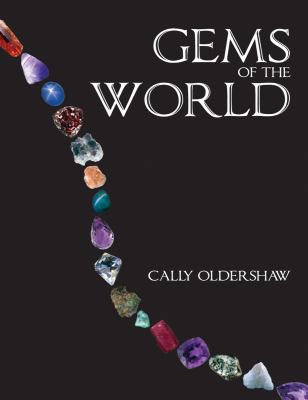 Foreword We use the word "gem" in everyday language, for example "she is a real gem" and "this book is a little gem." In this context a gem is something special, highly valued and well-thought of, something to he treasured, with special attributes. Gemstones are also treasures. Their unique qualities have been valued throughout the ages, across continents and by different peoples, from our earliest ancestors to the present-day. It may have been the color or the crystal shape of a gemstone. or a brightly colored shell that first attracted the attention of someone who then bent down to pick it up. Something special about it would have encouraged that person to keep it, to own it, maybe to put it in a special place such as a bag hung around the neck, for safekeeping, to polish or make a hole in it, or to tie it on to clothing as an adornment or as a piece of jewelry. Gems and jewels are associated with the rich and famous. We may admire the jewels worn by our favorite film star, celebrity, or sportsperson. We may even aspire to own some particularly fine piece ourselves. Gems have been worn as a symbol of status, adorning the crowns of royalty -- a visual reminder of wealth, success and achievement to both the wearer and the observer. The power and energy ascribed to certain gemstones are an attribute defined by mystics and healers. The tales of famous stones, the luck they may hold or the curse they may inflict, can captivate an audience. In choosing this book, you may already have been captivated by the "specialness" of gemstones, or you may be interested in knowing more about them, you may work with gemstones, for example, as a scientist, a student, a designer, or a jeweler. Whether you are a scientist, an artist, or just interested, we hope that this book inspires and informs you. It is intended as a guide to the beautiful and fascinating world of gemstones. It shows you the glorious diversity of colors and the incredible crystal shapes Of these wonders of the natural world. There is information about the optical and physical properties of the gemstones, where and how they are found, how they can be worked and how they should be cared for. CRYSTALS AND GEMSTONES Some crystals look as fragile as glass and are incredibly rare, but they have an inherent strength. Crystals may take millions of years to form, or may form as you watch. They may have been formed in rocks deep beneath the Earth's surface, or they may be survivors of mountain-building episodes or devastating volcanic eruptions, or they may have been washed into rivers and streams to be retrieved maybe millions of years after their formation. These survivors are nature's treat: perfect and brightly colored crystals formed in dark, deep rocks. Generally speaking, gemstones are minerals that have formed as sufficiently clear, large crystals that can be cut and polished for use as pieces for personal adornment or objects d'art such as sculptures, inlays, and so on. Pre-cut gemstones and minerals in matrix are also collectable. In addition to the mineral gemstones there are also other materials that can be used for adornment such as pearl, shell, amber and other derivatives of plants or animals. These are called organic gems. WORKING WITH GEMSTONES But for a gemologist (someone who studies the science of gemstones, their physical and optical properties and their origins) or a jeweler, what are the special attributes of gemstones? For gemstones to be used in jewelry. ideally they should have three main attributes: beauty. durability, and rarity. Beauty and rarity have a direct impact on the value of a gemstone, the more beautiful and rare the greater the value. The color and clarity of a gemstone are just two of the aspects that a gemologistOldershaw, Cally is the author of 'Gems of the World', published 2008 under ISBN 9781554073672 and ISBN 1554073677.

3 from $1.86
Loading marketplace prices 3 copies from $1.86 How does the rental process work?
View more