From the Corner of His Eye 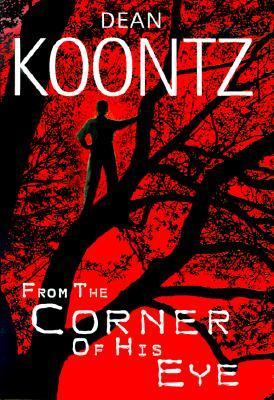 Chapter 1 Bartholomew Lampion was blinded at the age of three, when surgeons reluctantly removed his eyes to save him from a fast-spreading cancer; but although eyeless, Barty regained his sight when he was thirteen. This sudden ascent from a decade of darkness into the glory of light was not brought about by the hands of a holy healer. No celestial trumpets announced the restoration of his vision, just as none had announced his birth. A roller coaster had something to do with his recovery, as did a seagull. And you can't discount the importance of Barty's profound desire to make his mother proud of him before her second death. The first time she died was the day Barty was born. January 6, 1965. In Bright Beach, California, most residents spoke of Barty's mother, Agnes Lampion also known as the Pie Lady with affection. She lived for others, her heart tuned to their anguish and their needs. In this materialistic world, her selflessness was cause for suspicion among those whose blood was as rich with cynicism as with iron. Even such hard souls, however, admitted that the Pie Lady had countless admirers and no enemies. The man who tore the Lampion family's world apart, on the night of Barty's birth, had not been her enemy. He was a stranger, but the chain of his destiny shared a link with theirs. Chapter 2 January 6, 1965, shortly after eight o'clock in the morning, Agnes had entered first-stage labor while baking six blueberry pies. This wasn't false labor again, because the pains extended around her entire back and across her abdomen, rather than being limited to the lower abdomen and groin. The spasms were worse when she walked than when she stood still or sat down: another sign of the real thing. Her discomfort wasn't severe. The contractions were regular but widely separated. She refused to be admitted to the hospital until she completed the day's scheduled tasks. For a woman in her first pregnancy, this stage of labor lasts twelve hours on average. Agnes believed herself to be average in every regard, as comfortably ordinary as the gray jogging suit with drawstring waist that she wore to accommodate her baby-stretched physique; therefore, she was confident that she wouldn't proceed to second-stage labor much sooner than ten o'clock in the evening. Joe, her husband, wanted to rush her to the hospital long before noon. After packing his wife's suitcase and stowing it in the car, he canceled his appointments and loitered in her vicinity, although he was careful to stay always one room away from her, lest she become annoyed by his smothering concern and chase him out of the house. Each time that he heard Agnes groan softly or inhale with a hiss of pain, he tried to time her contractions. He spent so much of the day studying his wristwatch that when he lanced at his face in the foyer mirror, he expected to see the faint reflection of a sweeping second hand clocking around and around in his eyes. Joe was a worrier, although he didn't look like one. Tall, strong, he could have subbed for Samson, pulling down pillars and collapsing roofs upon the Philistines. He was gentle by nature, however, and lacked the arrogance and the reckless confidence of many men his size. Although happy, even jolly, he believed that he had been too richly blessed with fortune, friends, and family. Surely one day fate would make adjustments to his brimming accounts. He wasn't wealthy, merely comfortable, but he never worried about losing his money, because he could always earn more through hard work and diligence. Instead, on restless nights, he was kept sleepless by the quiet dread of losing those he loved. Life was like the ice on an early-winter pond: more fragile than iKoontz, Dean is the author of 'From the Corner of His Eye' with ISBN 9780553801347 and ISBN 0553801341.