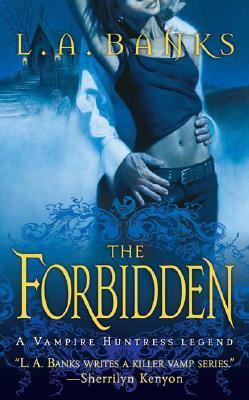 Ms. Banks is a graduate of The University of Pennsylvania Wharton undergraduate program, and alumnae of Temple University's Master of Fine Arts in filmmaking program. Ms. Banks began her career in corporate marketing for several Fortune 100 firms and worked as an executive for over a decade at Xerox, Hewlett Packard, and Digital Equipment Corporation. She then subsequently evolved her veteran marketing experience into a solid entrepreneurial career as a marketing consultant within the economic development and community-based organization environment. In 1992, Banks added another facet to her career, entering the publishing industry. She writes under the pseudonyms; L.A. Banks, Leslie Esdaile, Leslie E. Banks, Leslie Banks, and Leslie Esdaile Banks. She has won several literary awards and has penned over 22 novels and has contributed to over 10 anthologies in genres as diverse as romance, women's fiction, crime suspense, and dark fantasy/horror. She has contributed to magazines, newspaper columns, and has written commercial fiction for five major publishers simultaneously: St. Martin's Press (NYC), Simon and Schuster (NYC), Kensington Publishing (NYC), BET/Arabesque (NYC), and Genesis Press (MS.) Leslie's writing career took a new twist in 2000 when she won the coveted contract with Paramount/Showtime in collaboration with Simon & Schuster/Pocketbooks to write a book series for the popular cable network television series, Soul Food,. From there, Banks transitioned into another hot genre-the world of vampire fiction, where she is currently penning a nine book series for St. Martin's Press: "Minion," (June 2003), "The Awakening," (January 2004), "The Hunted," (June 2004), and "The Bitten," (January 2005), "The Forbidden" (July 2005), "The Damned," to be released January 2006, with three additional titles to be added in 2006 thru 2007. In addition, Banks was recently signed to a St. Martin's Press inspired paranormal romance anthology, entitled, "Stroke of Midnight," contributing with Sherrilyn Kenyon, Amanda Ashley, and Lori Handeland, which hit the New York Times Bestseller extended list in 2004. She has also worked with other horror anthology collections, Dark Dreams I and Dark Dreams II for Kensington Publishing. Banks' other works include a crime thriller with Kensington/Dafina, which was released November 2004 "Betrayal of The Trust", the sequel is entitled, "Blind Trust", as well as numerous romances and women's fiction works with BET/Arabesque, Kensington Publishing, and Genesis Press. Banks also contributed her inspirational personal story of triumph over tragedy to the upcoming anthology, "Chicken Soup for the African American Soul." Ms. Banks is a native West Philadelphian and entrepreneur, who remains fervently committed to her community. She writes and lives in University City, Philadelphia, with her husband and children.Banks, L. A. is the author of 'Forbidden A Vampire Huntress Legend', published 2006 under ISBN 9780312940027 and ISBN 0312940025.