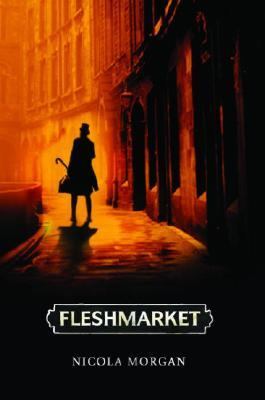 1 Six Years Later--February 1828 Robbie lingered. Daylight was disappearing and the February wind needled through the open-weave cloth of his jacket. But he did not want to go home yet. Here, near the Royal Park, the air was fresher, the wind wafting the scent of the sea instead of the pig-swill reek of the Old Town. He stopped to watch the workmen on the new railway, in noisy humor as they finished work for the day. He could just see through the trees the cavernous hole in the hillside, where each day more rock, blasted by gunpowder, was carried away by horse-drawn rail wagons. He turned his collar up and hunched his shoulders, thrusting his fists into sagged pockets. He wondered if his father would be home. No point in wondering if he would bring any food, or money. There had been a time--and it seemed a long time ago--when Robbie had relied on his father, when it seemed as though the three of them could manage together. The fire had destroyed more than buildings. It had changed everything. Again. If it had not been for the fire, Robbie would have had better work than ferrying deliveries for a baker. And a better life to go with it. He shivered. His sleeves were too short and the material thinned by use. He was hungry. He had bread in his pockets, of course--a whole fresh bannock, still warm. Mr. Brown had given it to him. But Robbie would not eat it until he came home and could share it with Essie and their father. Robbie's work was done for the day, his last delivery--to the Sheep Heid tavern in Duddingston--safely unloaded and the barrow returned to the bakery near the palace. The looming peak of Arthur's Seat towered behind him and he remembered, as he could not avoid doing each time he passed this spot, the bonfire that had enflamed the sky for King George's visit. But he pushed it from his mind. It was a time better forgotten completely. He should go home. He made his way quickly toward the Old Town, leaving Holyrood Palace behind him, its windows yellow and warm, music faint within its walls. Darkness fell more heavily and dank perpetual smoke clogged the air. Shadowed people scurried through the unlit streets. Tall black buildings swooned over him and the stench increased. The cobbled pavements were slippery with filth and rotten food. Doorways and corners seethed with bundles--humans lying wrapped and waiting to sleep. Or drunk. Something fell from a window high above, landing with a splash a few feet in front of him. He hurried on through the thickening darkness. Voices. Laughter from behind him. He turned. Two figures were rounding a corner and were approaching through the gloom, their way lit by a boy carrying a swinging lamp. Gentlemen, Robbie could see that straightaway. Tall hats, elegant canes waving, dark coats falling almost to their knees, stiff upright collars, their necks warmed by thick cravats. One slapped the other on the back with another roar of laughter. Robbie stood aside to let them pass, pressing himself into an empty doorway. The boy ran along in front, the lamp in one hand and a stick in the other, checking for sudden dips or loose cobbles that might catch the gentlemen's elegant feet. The taller one, Robbie could see now as they passed, wore a plum-colored coat, lace cuffs flopping from the sleeves, every button gleaming. A jeweled brooch at the throat. Suddenly, one voice, harsh as cymbals, rang out above the other city noises. A sentence, a name, that made Robbie's blood freeze. "Gad's sake, Dr. Knox! Keep your flesh-cutting knife away from me! I could not bear such pain!" Robbie shrank back into his doorway. His breath stuck in his throat. He felt himself spinning backward into a dizzy past that he preferred to forget. No longer fourteen, he was eight years old again, bewildered. He was standing outside a room, a huge black studded door blocking his way. He was alone. EveryoMorgan, Nicola is the author of 'Fleshmarket' with ISBN 9780385731546 and ISBN 038573154X.