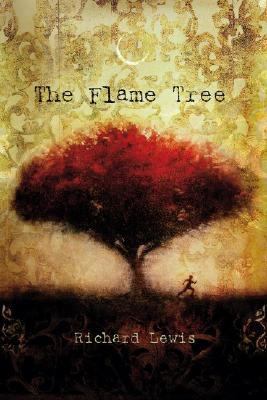 Chapter One The Tuan Guru Haji Abdullah Abubakar first appeared in twelve-year-old Isaac Williams's largely untroubled life on a Saturday morning in late August. Isaac sat thirty feet above the ground in the flame tree by the school wall, waiting for his best friend Ismail, who lived in a kampung on the other side of the Muslim cemetery. Three overlapping branches the size of his wrist, each carved with his initials, made a natural seat in front of an oval gap in the foliage through which he could observe a wide swath of the neighborhood before him. Behind him was his other world. The American Academy of Wonobo, Java, a boarding school of the Union of American Baptists, offered a rigorous, godly education from first through ninth grades. Above the school's main doors, sternly carved on the sandstone gable pediment, was a verse from the Psalms: TEACH ME GOOD JUDGMENT AND KNOWLEDGE. Isaac did not board in the dorm there. He lived with his parents in a house on the residential side of the tangerine trees and hibiscus hedge that divided the large mission compound. Graham and Mary Williams were doctors at the Union of American Baptists' Immanuel Hospital, a four-story building that was the tallest for miles around and took up a good portion of the skyline to Isaac's right. Isaac had just returned from a six-week summer trip to the States, most of that time spent with his family at the Connecticut gentleman's farm his grandpa Tarleton owned. His sixteen-year-old sister, Rachel, had stayed behind to go to a Christian boarding school in Virginia for her tenth grade. Such a fate was looming for Isaac, but he did his best not to think about it. Boy, it was great to be back home, even if his perch was smaller than he remembered and the top of the wall beneath him not as far away. The mission walls, quarried limestone blocks two feet thick and stacked eight feet high, kept the compound a world unto itself. The flame tree grew by the northern wall, shading a good part of the playground, but several of its branches thrust out over the wall and the public sidewalk of Hospital Street beyond. Flame-of-the-forest trees, like American boys, are not native to Java, but flame trees and white boys born on the rich Javanese soil sink deep roots. This particular flame-of-the-forest had been planted thirty years ago as a promise tree, when the Wonobo Medical Mission had first opened its doors. The tree had grown with the mission, sprouting seedpods about the same time the mission added a school for the doctors' children. The tree grew and so did the school, which began accepting boarding students. When the tree could grow no higher, it grew thicker and wider. It seemed to Isaac that the tree had been there since the time of Creation and would be there until the Day of Judgment.On the two-lane but occasionally four-way Hospital Street trishaws, bicycles, mopeds, motorbikes, sedans, public transport jitneys, and a sugarcane cart pulled by two oxen rattled and rumbled and tooted and clopped. Pedestrians ambled along the cement brick sidewalks, many heading for the hospital's public gates a hundred yards to Isaac's right. Across the street the neighborhood mosque had new tin sheets on the roof and a new plywood facade of Moorish arches on the sagging front porch. The minaret displayed new speakers, with four of the six aimed at the school and hospital. The new Imam squatted on the front porch, a storky, beady-eyed man who wore white robes and the white cap of a haji who'd made the pilgrimage to Mecca. The old Imam had been fat and jovial; this one gave Isaac the shivers. Sometime that morning a green banner had been stretched across the mosque's freshly painted wooden picket fence. Its ornate calligraphy proclaimed the mosque to be an official post of the Muslim society of the Nahdat Ummat al-Islam. Isaac had never heard of it before. Printed on the banner was a portrait of the society's leader,Lewis, Richard is the author of 'Flame Tree', published 0012 under ISBN 9780689863332 and ISBN 0689863330.