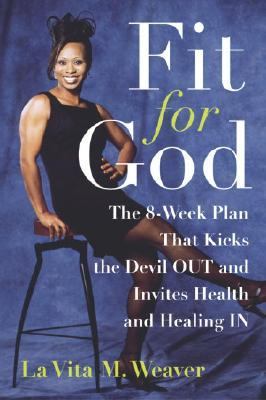 Chapter One As a child I thought my father was the best-looking person in our family. Arthur Weaver, known as Art or Lawrence (his middle name) to his friends and family, had honey brown skin and hair the color of sand. He had a keen nose and small lips, and when the sun shone on his almond-shaped eyes I saw pools of light brown glimmering in the center of rust-colored circles. They were breathtakingly beautiful. My siblings and I were an autumn-colored rainbow--tan, reddish brown, yellow, and dark brown. My two sisters looked like my father. I called my baby sister "Sunshine" because she was pale yellow. I used to show her off to people and say, "Isn't she cute?" Everyone on television was white and most of my dolls were white. Everywhere I looked the world seemed to be saying, "White is the only color that is beautiful." And my father was the closest thing to white I had. I was the darkest girl in my family. My hair was short because of a nervous condition. I had a small nose, but it wasn't as narrow as my father's, and my wide lips came from my mother's broader features. It was okay for boys to be darker because they could still get what they wanted out of life, but everyone knew girls were supposed to be pretty and look a certain way. I figured I was destined to have a hard time in life. The only things I had going for me were that I was athletic and that I was an honor roll student, both of which made me very popular in school. In 1968, when I was five years old, we moved from our neighborhood in Washington, D.C., to a suburban community in Seat Pleasant, Maryland, following hundreds of other black working-class families who moved into houses originally built for white people. Our house was a two-story redbrick with a fence around the yard. The county to which we moved had just started a new desegregation plan, busing white students into what had been a predominantly black elementary school. I was placed in the advanced classes, where most of the students were white. A white girl named Nancy became my best friend, and sometimes I went home on weekends with her. But in general there was friction between many of the black kids and white kids. My black classmates thought I should choose either black friends or white ones, because it was impossible to have both. "Vidi, you act like you think you're white," they said over and over. I didn't care, though, because my white friends treated me better than my black classmates did. My white friends didn't care that my hair wasn't long, that I wore glasses, or that my skin was dark. I earned their respect because I was always on the honor roll. The taunts from black students increased. "You think you're too good for us?" they hollered. "You need to hang with your own kind!" I was shorter than most of them, but I really wasn't scared. I just didn't want to fight. My older sister, LaReese, however, insisted, "Vidi, if you run they'll never stop." So it was inevitable that one day I had to face my taunters. As I approached the group, a girl with an irritating, high-pitched voice said, "Look who's coming." I slowed down and stood in front of her with my arms folded. She pushed me. I pushed back. We tussled and the next thing I knew I was pulling her hair and scratching her and she was screaming. We rolled around on the grass. Kids hollered and cheered. Somebody broke us up. I checked my hair and clothes and found that my opponent had barely touched me but that her face was all scratched up. I walked away as the crowd parted. I never had to run or avoid anyone again. I am the middle child of five. I have a brother and sister older than me and a brother and sister younger than me. Our house was always busy, bursting with sound. A radio or stereo would play nonstop because my parWeaver, Lavita is the author of 'Fit for God The 8-Week Plan That Kicks the Devil Out and Invites Health and Healing in', published 2004 under ISBN 9780385498326 and ISBN 0385498322.