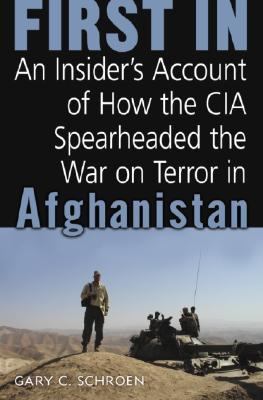 CHAPTER ONE In northern Virginia, the morning of 11 September 2001 was beautiful, with clear blue skies and mild temperatures that gave just a hint of fall. That morning I left my home in Alexandria, Virginia, an hour later than my past routine had called for, having entered into the CIA's ninety-day Retirement Transition Program just eleven days earlier. I had spent the time since then cleaning up loose ends at the office, preparing a resume covering my thirty-five-year career in the most exciting, challenging, andnot infrequentlydangerous job within the CIA. Retirement was going to be a dramatic shift for me, and, quite frankly, it was a stretch to say that I was looking forward to it. The Retirement Transition Program is designed to help ease employees into retirement and alleviate, as much as possible, the inevitable career-change angst. The three-month period I would spend in the transition program with others facing their own retirementmany with excited anticipation, I'm surewould help us in our respective searches for "life after the CIA." Although I was interested in exploring employment opportunities in the private sector, I had no idea exactly what I wanted to do. I was hopeful that the transition program would provide the time and the insights to allow me to develop a clear plan for the next several years. I was anxious to reach the office, because I had received bad news late the previous day that Ahmad Shah Masood, the charismatic Tajik leader of the Afghan Northern Alliance, with whom I had a long professional relationship, had been killed in a suicide bomb attack at his headquarters in the Panjshir Valley. Worse for me was the news that Masood's senior political adviser, Masood Khalili, had been seriously injured in the blast and might not survive. Khalili and I were professional colleagues and close personal friends. I felt saddened and helpless at the news of his condition. The assassins were identified as two "Arab journalists" representing some, as yet, unidentified Islamic organization based in Europe. This was disturbing news. The Arab angle immediately pointed to the possibility that Usama bin Ladin and his al-Qa'ida organization were responsible for the attack. Bin Ladin, hosted by Mullah Omar, leader of the Taliban, was hiding in Afghanistan, and the U.S. government was applying all the pressure it could muster to force the Taliban to remove bin Ladin from their country. The Taliban had grown from a handful of refugee Afghan religious students in the radical madrasses (religious schools) of northern Pakistan in early 1994 to a force now controlling three-fourths of Afghanistan. The only serious military opposition to the Taliban rested in Ahmad Shah Masood and his Northern Alliance forces, which controlled the rugged, mountainous northeast corner of Afghanistan. Masood's absence would seriously weaken the Northern Alliance, a shaky collection of regional warlords held together primarily by their charismatic leader. Killing Mullah Omar's last major opponent seemed a sure way for bin Ladin to gain continued acceptance as the Taliban leader's favored guest. When I arrived at the CIA compound in Langley, Virginia, I drove past the Old Headquarters Building, passing my former parking spot located just fifty yards from the front entrance of the building. The spots in the immediate front of the building are reserved for senior officers in management positions; as deputy chief of the Near East and South Asia Division of the Directorate of Operations (DO), I had been part of that rather small group. Now I was relegated to parking in the West Parking Lot, the lot farthest from the building, and I would join the morning scramble to park there, then face the ten- to twelve-minute walk back to the building. A little thing, to be sure,Schroen, Gary C. is the author of 'First in An Insider's Account of How the CIA Spearheaded the War on Terror in Afghanistan', published 2006 under ISBN 9780891418757 and ISBN 089141875X.