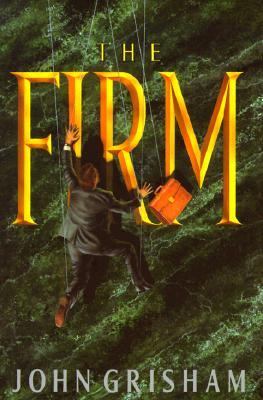 1 THE SENIOR PARTNER studied the resume for the hundredth time and again found nothing he disliked about Mitchell Y. McDeere, at least not on paper. He had the brains, the ambition, the good looks. And he was hungry; with his background, he had to be. He was married, and that was mandatory. The firm had never hired an unmarried lawyer, and it frowned heavily on divorce, as well as womanizing and drinking. Drug testing was in the contract. He had a degree in accounting, passed the CPA exam the first time he took it and wanted to be a tax lawyer, which of course was a requirement with a tax firm. He was white, and the firm had never hired a black. They managed this by being secretive and clubbish and never soliciting job applications. Other firms solicited, and hired blacks. This firm recruited, and remained lily white. Plus, the firm was in Memphis, of all places, and the top blacks wanted New York or Washington or Chicago. McDeere was a male, and there were no women in the firm. That mistake had b een made in the mid-seventies when they recruited the number one grad from Harvard, who happened to be a she and a wizard at taxation. She lasted four turbulent years and was killed in a car wreck. He looked good, on paper. He was their top choice. In fact, for this year there were no other prospects. The list was very short. It was McDeere or no one. The managing partner, Royce McKnight, studied a dossier labeled "Mitchell Y. McDeere--Harvard." An inch thick with small print and a few photographs, it had been prepared by some ex-CIA agents in a private intelligence outfit in Bethesda. They were clients of the firm and each year did the investigating for no fee. It was easy work, they said, checking out unsuspecting law students. They learned, for instance, that he preferred to leave the Northeast, that he was holding three job offers, two in New York and one in Chicago, and that the highest offer was $76,000 and the lowest was $68,000. He was in demand. He had been given the opportunity to cheat on a securities exam during his second year. He declined, and made the highest grade in the class. Two months ago he had been offered cocaine at a law school party. He said no and left when everyone began snorting. He drank an occasional beer, but drinking was expensive and he had no money. He owed close to $23,000 in student loans. He was hungry. Royce McKnight flipped through the dossier and smiled. McDeere was their man. Lamar Quin was thirty-two and not yet a partner. He had been brought along to look young and act young and project a youthful image for Bendini, Lambert & Locke, which in fact was a young firm, since most of the partners retired in their late forties or early fifties with money to burn. He would make partner in this firm. With a six-figure income guaranteed for the rest of his life, Lamar could enjoy the twelve-hundred-dollar tailored suits that hung so comfortably from his tall, athletic frame. He strolled nonchalantly across the thousand-dollar-a-day suite and poured another cup of decaf. He checked his watch. He glanced at the two partners sitting at the small conference table near the windows. Precisely at two-thirty someone knocked on the door. Lamar looked at the partners, who slid the resume and dossier into an open briefcase. All three reached for their jackets. Lamar buttoned his top button and opened the door. "Mitchell McDeere?" he asked with a huge smile and a hand thrust forward. "Yes." They shook hands violently. "Nice to meet you, Mitchell. I'm Lamar Quin." "My pleasure. Please call me Mitch." He stepped inside and quickly surveyed the spacious room. "Sure, Mitch." Lamar grabbed his shoulder and led him across the suite, where the partners introduced themselves. They were exceedingly warm and cordial. They offered him coffeGrisham, John is the author of 'Firm' with ISBN 9780385416344 and ISBN 0385416342.