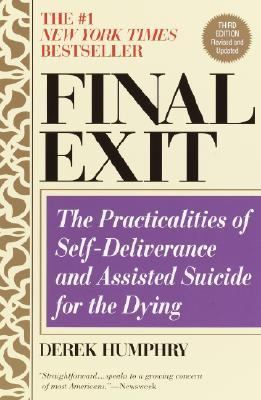 The Most Difficult Decision This is the scenario: You are terminally ill, all medical treatments acceptable to you have been exhausted, and the suffering in its different forms is unbearable. Because the illness is serious, you recognize that your life is drawing to a close. Euthanasia comes to mind as a way of release. The dilemma is awesome. But it has to be faced. Should you battle on, take the pain, endure the indignity, and await the inevitable end, which may be days, weeks, or months away? Or should you take control of the situation and resort to some form of euthanasia, which in its modern-language definition has come to mean "help with a good death"? Today the euthanasia option--or the right to choose to die--comes in four ways: Passive euthanasia. Popularly known as "pulling the plug," it is the disconnection of medical life-support equipment without which you cannot live. It could be a respirator to aid breathing, a feeding tube to provide liquids and nutrition, or even the sophisticated use of certain drugs to stave off death. There is not likely to be much ethical or legal trouble here provided that you have signed a Living Will and also a Durable Power of Attorney for Health Care--they are also known as Advance Declarations--that express your wishes. (More on these later.) Self-deliverance. Taking your own life to escape the suffering. This method does not involve any other person directly, although a loved one or friend should ideally be present. It is legal in all respects, and widely accepted ethically. Assisted suicide. You get lethal drugs from somebody else, usually a physician, and swallow them to cause your death. It is legal for you to do so, but at present it is a felony for the person who supplied the drugs or took any action physically to help you. Despite the present criminality of assistance, this procedure is gaining increasing ethical acceptance. In 1996 two U.S. appeals courts ruled in favor of physician-assisted suicide, making it likely that this is the modified form of assisted death which will be adopted. But the U.S. Supreme Court quickly squashed that and the appeals court were overruled. Active euthanasia. Death brought about by a physician's injection of lethal drugs. This procedure is illegal and, despite the necessity for it in certain cases, has limited ethical acceptance in the medical profession. It is already available in the Netherlands but is probably more distant in America. Often, persons who have not properly thought these situations through claim they are not worried about a bad death because they have a Living Will and the plug can be pulled at their behest. Probably so, but roughly half the people who die in Western society are not connected to life-support equipment in their final days, so relief by that way is not an option. Before we go any farther, let me say this: If you consider the God whom you worship to be the absolute master of your fate, then read no more. Seek the best pain management available and arrange for hospice care. If you want personal control and choice over your final exit, it will require forethought, planning, documentation, good friends, and decisive, courageous action by you. This book will help in many ways, but in the last analysis, whether you bring your life to a quick end, and how you achieve this, is entirely your responsibility, ethically and legally. The task of finding the right drugs, getting someone to help or at least be with you, and carrying out your exit in a place and in a manner that is not upsetting to other people is yours. Suicide, even the most rational and justified version, the sort we are talking about in this book, is not something other people are anxious to be involved in. It is best to seek the help of family or the closest of friends. If you have not already done so, sign a Living Will and have it witnessed, butHumphry, Derek is the author of 'Final Exit The Practicalities of Self-Deliverance and Assisted Suicide for the Dying', published 2002 under ISBN 9780385336536 and ISBN 0385336535.