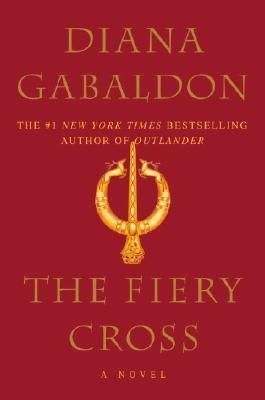 Happy the Bride the Sun Shines On Mount Helicon The Royal Colony of North Carolina November, 1770 I woke to the patter of rain on canvas, with the feel of my first husband's kiss on my lips. I blinked, disoriented, and by reflex put my fingers to my mouth. To keep the feeling, or to hide it? I wondered, even as I did so. Jamie stirred and murmured in his sleep next to me, his movement rousing a fresh wave of scent from the cedar branches under our bottom quilt. Perhaps the ghost's passing had disturbed him. I frowned at the empty air outside our lean-to. Go away, Frank, I thought sternly. It was still dark outside, but the mist that rose from the damp earth was a pearly gray; dawn wasn't far off. Nothing stirred, inside or out, but I had the distinct sense of an ironic amusement that lay on my skin like the lightest of touches. Shouldn't I come to see her married? I couldn't tell whether the words had formed themselves in my thoughts, or whether they - and that kiss were merely the product of my own subconscious. I had fallen asleep with my mind still busy with wedding preparations; little wonder that I should wake from dreams of weddings. And wedding nights. I smoothed the rumpled muslin of my shift, uneasily aware that it was rucked up around my waist and that my skin was flushed with more than sleep. I didn't remember anything concrete about the dream that had wakened me; only a confused jumble of image and sensation. I thought perhaps that was a good thing. I turned over on the rustling branches, nudging close to Jamie. He was warm and smelled pleasantly of woodsmoke and whisky, with a faint tang of sleepy maleness under it, like the deep note of a lingering chord. I stretched myself, very slowly, arching my back so that my pelvis nudged his hip. If he were sound asleep or disinclined, the gesture was slight enough to pass unnoticed; if he were not... He wasn't. He smiled faintly, eyes still closed, and a big hand ran slowly down my back, settling with a firm grip on my bottom. "Mmm?" he said. "Hmmmm." He sighed, and relaxed back into sleep, holding on. I nestled close, reassured. The immediate physicality of Jamie was more than enough to banish the touch of lingering dreams. And Frank if that was Frank was right, so far as that went. I was sure that if such a thing were possible, Bree would want both her fathers at her wedding. I was wide awake now, but much too comfortable to move. It was raining outside; a light rain, but the air was cold and damp enough to make the cozy nest of quilts more inviting than the distant prospect of hot coffee. Particularly since the getting of coffee would involve a trip to the stream for water, making up the campfire oh, God, the wood would be damp, even if the fire hadn't gone completely out grinding the coffee in a stone quern and brewing it, while wet leaves blew round my ankles and drips from overhanging tree branches slithered down my neck. Shivering at the thought, I pulled the top quilt up over my bare shoulder and instead resumed the mental catalogue of preparations with which I had fallen asleep. Food, drink ... luckily I needn't trouble about that. Jamie's aunt Jocasta would deal with the arrangements; or rather, her black butler, Ulysses, would. Wedding guests no difficulties there. We were in the middle of the largest Gathering of Scottish Highlanders in the Colonies, and food and drink were being provided. Engraved invitations would not be necessary. Bree would have a new dress, at least; Jocasta's gift as well. Dark blue wool silk was both too expensive and too impractical for life in the backwoods. It was a far cry from the white satin and orange blossom I had once envisioned her wearing to be married in but then, this was scarcely the maGabaldon, Diana is the author of 'Fiery Cross' with ISBN 9780385336765 and ISBN 0385336764.