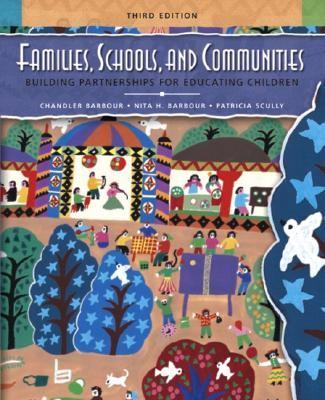 Over 55 million children attend American public and private schools today. In addition, another 20 million preschoolers are growing rapidly in homes, care centers, and communities across our nation. Teachers, social services providers, and administrators, as well as family members, community members, and caregivers of all kinds, have a tremendous responsibility to ensure the most productive education possible for this huge section of the American public, which will be the mainstay of our society in the future. The responsibility is staggering, and, as many know, our success rate in meeting the responsibility is questioned by numerous critics. Education reform and renewal has surfaced periodically for generations in America, and in recent decades it has been debated by political leaders. Renewal, repair, or reconsideration seems to be on everyone's mind. All candidates for major offices now have an education plan or outline, and while this highlights the urgency in education matters, it also contributes to a zigzag in frequent changes in state and national proposals. In the 8 years since the first edition of this text, a number of events have unfolded, and all have implications for how we nurture, protect, and educate our children. The face of our world can never be the same again, and most people realize that the requirements for citizens in the 21st century are very different from those of a generation ago. Consider the following developments: The dazzling economic picture of the 1990s has dimmed, and financial woes now beset many states and municipalities. The national welfare reform plan of the late 1990s has experienced some successes, but recently, less fortunate results are associated with that reform effort. For one thing, almost one fifth of our children to live in poverty--this figure duplicates statistics for the late 1980s. The denial of adequate health care for this population is even more alarming. Globalization in our attitudes as well as our economic base continues to rush forward, even while a significant part of the world is wrapped in warlike conditions. But a number of investigators show that we have more isolation in our society in spite of the growing population and enhanced communication devices. People are keeping more to themselves and social networks are thinner. One disturbing outgrowth of new media is its effect on socialization and human connections to others. Ironically, a society that has encouraged citizens to communicate instanteously with almost anyone on the planet has the sobering quality of removing those same persons from many family and collegial relationships. Social and emotional isolation is on the rise. An extraordinary projection of growing isolation comes to us in current literature. In his futuristic novelFeed,M. T. Anderson presents us with a sobering view of life in the 22nd century, where schools have become anachronisms because all education, communication, and even motivations are fed to individuals via the microchip implanted in their brains at birth. This scary Orwellian world of the future makes us ponder both the means of achieving a technology to arrive there--and more interestingly, the sacrifices in social and emotional domains required to tolerate that existence. Perhaps this scenario provides an extra incentive for people in the helping professions to study very carefully what makes us human and how we value the social dimensions of our life spaces now. Brain research and genetic experiments are providing more answers to nagging questions about development, educational processes, and even parent roles. Marital statistics have changed considerably too. Divorces are less frequent, but so are marriages, and more than 25% of American children are raised in single-parent homes. Definitions for an American family are steadily changing. Mass media and electronic communication have created vast neBarbour, Chandler is the author of 'Families, Schools, and Communities Building Partnerships for Educating Children', published 2004 under ISBN 9780131128002 and ISBN 0131128000.