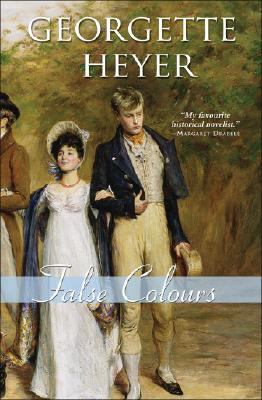 Excerpt from Chapter 1 It was past two o'clock when the job-chaise turned into Hill Street; and, as the watchman wending his way round Berkeley Square monotonously announced, a fine night. A full moon rode in the cloudless sky, dimming the street-lamps: even, as the solitary traveller had noticed, in Pall Mall, where gaslighting had replaced the oil-burners. Linkmen, carriages, and light streaming from an open door on the east side of Berkeley Square indicated that not all the members of the ton had left London; but at the end of June the Season was drawing to a close; and it did not surprise the traveller to find Hill Street deserted. It would not have surprised him if the knocker had been removed from the door of a certain house on the north side of the street, but when the chaise drew up a swift scrutiny reassured him: the Earl of Denville's town residence had not yet been abandoned for the summer months. The traveller, a young man, wearing a tasselled and corded Polish greatcoat, and a shallow-crowned beaver, sprang down from the chaise, dragged a bulging portmanteau from the floor of this vehicle, set it down on the flagway, and pulled out his purse. The postboys paid, he picked up the portmanteau, trod up the steps to the front-door, and gave the iron bell-pull a tug. By the time the last echo of the clapper died away the chaise had disappeared, but no one had responded to the bell's summons. The traveller gave it a second, and more vigorous, tug. He heard it clanging somewhere in the nether regions, but was forced to conclude, after waiting for several minutes, that it had failed to rouse any of my lord's servants. He considered the matter. It was possible, though unlikely, that the household had removed from London without taking the knocker from the door, or shuttering the windows. To verify that the windows had not been shuttered he retreated to the flagway, and scanned the house, perceiving that not only were all the windows unshuttered but that one of them, on the entrance-floor, had been left open a few inches at the top. This gave, as he knew, on to the dining-room; and to reach it presented a lithe and determined young man with no insuperable difficulty. Divesting himself of his greatcoat, and trusting that no watchman would come down the street in time to observe his clandestine entry, he proceeded to demonstrate to the uninterested moon that Colonel Dan Mackinnon, of the Coldstream Guards, was not without a rival in the art of perilous climbing. No such thought entered the Hon. Christopher Fancot's head: he was not acquainted with Colonel Mackinnon; and he did not think the feat of reaching the desired window-sill either dangerous or difficult. Once there it was easy to thrust up the lower sash, and to swing himself into the room. A couple of minutes later he emerged into the hall, where, upon a marble-topped side-table, he found a lamp burning low, with an unlit candle in a silver holder standing beside it. Observing these objects with an intelligent eye, Mr Fancot concluded that their noble owner had told his servants not to wait up for him. The subsequent discovery that the front-door was unbolted confirmed him in this belief. As he opened the door, to retrieve his belongings from the porch, he reflected, with an inward chuckle, that when his lordship did come home at last he would find his bed occupied by a most unlooked-for visitor, and would in all probability think that he was a great deal boskier than he had supposed. On this thought, which appeared, from the mischievous smile which played about the corners of his mouth, to afford Mr Fancot amusement, he kindled the candle at the lamp's low flame, and made his way towards the staircase. He went softly up, the candlestick held in one hand, his port¬manteau in the other, and his greatcoat flung over his shoulder. No creaking stair betrayed him, but as he rounded the bend in the second flight a door opened on tHeyer, Georgette is the author of 'False Colours', published 2008 under ISBN 9781402210754 and ISBN 1402210752.