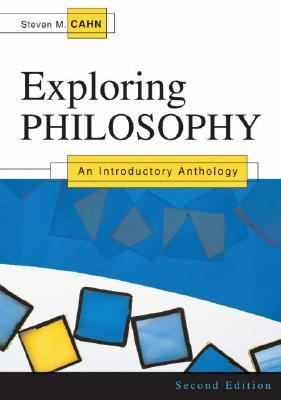 Exploring Philosophy: An Introductory Anthology, Second Edition, is a remarkably accessible and engaging introduction to philosophy. Steven M. Cahn brings together extraordinarily clear, recent essays by noted philosophers and supplements them with influential historical sources. Mostimportantly, the articles have been carefully edited to make them understandable to every reader. The topics are drawn from the major fields of philosophy and include knowledge and skepticism, freedom and determinism, mind and body, the existence of God, the problem of evil, cultural relativism,abortion, euthanasia, democracy, capital punishment, affirmative action, and the meaning of life. Exploring Philosophy, Second Edition, contains, in preeminent translations and with explanatory notes, the complete texts of Plato's Meno, Euthyphro, Defence of Socrates, and Crito as well as specially selected materials by Aristotle, Aquinas, Descartes, Hume, Kant, and Mill. The secondedition has been expanded to present the material on knowledge and mind in two separate sections; the latter contains an essay on artificial intelligence by John Searle and updated selections on the mind-body problem by Thomas Nagel, Gilbert Ryle, and Richard Taylor. This edition also adds essays bySimon Blackburn, Martin Luther King, Jr., Norman Malcolm, and Robert McKim, and additional excerpts from Aristotle's Nicomachean Ethics. An introduction to logic and scientific method and guiding commentary by the editor are also provided. Exploring Philosophy, Second Edition, is a landmarkcollection that enables all readers to appreciate for themselves the importance and fascination of philosophical inquiry.Cahn, Steven M. is the author of 'Exploring Philosophy An Introductory Anthology', published 2004 under ISBN 9780195177626 and ISBN 0195177622.