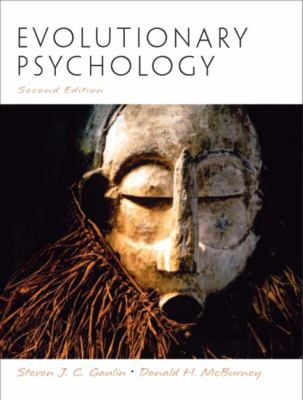 Is it not reasonable to anticipate that our understanding of the human mind would be aided greatly by knowing the purpose for which it was designed? - Williams 1966, p. 16 We have been gratified by the reception given the first edition of this book; it is being used at a wide variety of institutions, both as an introduction to psychology and as a text for advanced courses on evolutionary psychology. We are especially pleased to hear that students have been enthusiastic in their reaction to it. We have made some changes in organization in response to suggestions from users. The first four chapters have been reorganized into three, and their contents have been streamlined so that readers can begin consideration of substantive issues in psychology sooner. Certain topics, such as kin selection and reciprocal altruism, that were previously covered in the introductory chapters, have been delayed until they are needed to parse particular questions about human behavior. Some chapters have been reordered. Although not formally demarcated as such, the first three chapters may be thought of as Part I. Part II consists of sensation and perception, consciousness, and motivation and emotion, for better continuity. Part III is made up of cognition and learning. The order of these two chapters has been reversed to emphasize the connection between perception, consciousness, and cognition. Part N is made up of individuality, health, and abnormal. The final section, Part V, groups together four related chapters: mating, families and development, social, and culture. The explosive growth of evolutionary psychology has led us to add many new references. We have striven to reflect the development of the field without attempting to cover all the exciting new material. Rather, we continue our plan of considering in sufficient depth representative developments in the field. Thus we have not included some work (including our own!) that is well deserving of a place in this book. We apologize to all who have been thus excluded. The Trail Markers have been popular with readers, and many new ones have been added. In one important way, this book is very different from other introductory psychology texts. Traditional psychology largely ignores the question of what the mind is for. This oversight puts traditional psychology seriously out of step with the rest of the life sciences, where design-for-a-function is recognized as the normal result of evolution by natural selection. You may hesitate, but there is little room for doubt: Psychology is a life science. It studies the behavior of living things, not rocks or stars or electrons. The theory of evolution has inspired countless thousands of discoveries throughout the life sciences--in physiology, ecology, medicine, and the like. It is time to consider what this theory can offer to psychology. In a sentence, natural selection shapes organisms by preserving those chance genetic variants that aid survival and reproduction. Contemporary biologists are convinced that every single species, including our own, owes its present form to a long history of natural selection. Their conclusion applies with equal force to every organ system; the mind and the behaviors it fosters are in no way exempt from this process. Thus our working assumption is that human psychology was designed by evolution, over millions of years, to solve the various challenges that faced our ancestors in their struggles to survive and reproduce. We have chosen to write an introductory textbook for one simple reason: Evolutionary psychology isnota specialized subfield of psychology, such as personality psychology or abnormal psychology. Instead, it is a different way of thinking about the entire field. Its insights and methods should be the groundwork for the study of psychology, not an afterthought. Our goal is that after reading this text, studSteven J. C. Gaulin is the author of 'Evolutionary Psychology (2nd Edition)', published 2003 under ISBN 9780131115293 and ISBN 0131115294.