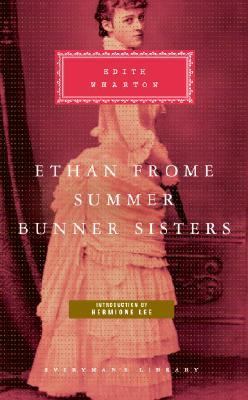 I N T R O D U C T I O N -- ''Bunner Sisters'' is the name of a shop, and it is the only thing written by Edith Wharton to have such a title. It is not what you expect if you associate her mainly with class, wealth, and snobbery. But the underside of society interests her, too, more than she has been given credit for. Because she made her name as an analyst of rich, leisured Americans in Old New York, Wharton''s strong strand of compassionate realism has tended to be undervalued. She is no Dreiser or Zola, but her writing life overlaps with theirs, and she is well aware of the economic and social inequities which underly the world she specializes in. She gives more thought than many of her fictional characters do to the lives of people who have to get up and go to work and struggle to make a living. In an early story called ''A Cup of Cold Water'', a grim tale of urban struggle and despair, the central character looks out in the morning at the city going about its business: ''That obscure renewal of humble duties was more moving than the spectacle of an army with banners.'' And he quotes one of Wharton''s favourite lines from Hamlet, ''For every man hath business and desire.'' It is like Dorothea''s knowledge, in George Eliot''s Middlemarch, that she must rouse herself, after a night of personal anguish, to an involvement in ''the involuntary, palpitating'' life of humanity. Wharton admired, and emulated, George Eliot''s seriousness and responsibility. She said in a letter of that she did not want The House of Mirth to be a superficial study of trivial people. On the contrary, she wanted to bring out the ''tragic implication'' of a society with no ''inherited obligations'', by concentrating on ''what its frivolity destroys''. The unemployed, the hard-up, the pauperized and the shabby-genteel, servants and workers, press in at the corners of her fictions. She makes you wonder what it would be like to see events from their point of view - as in ''The Lady''s Maid''s Bell'' or ''After Holbein'', where the servants have their say. How would Undine Spragg''s story read, in The Custom of the Country, from the point of view of Mrs Heeny, the masseuse and manicurist who collects society clippings, part subservient social parasite, part malevolent gossip? What would Lily Bart''s story be like as told by Mrs Haffen, the charwoman she is so curt with, and who comes back to blackmail her, whose desperation and resentment burn off the page on which she appears? Lily Bart, slipping down the cold social surface she has tried to grip on to, reduced in the end to an incompetent milliner''s assistant and a supplicant to the working-girl Nettie Struther, shows us the underside of the social fabric, the place the despised Mrs Haffen comes from. Only very rarely does Wharton shift the vantage point altogether to that underside (other examples are ''Mrs Manstey''s View'', ''Friends'', ''A Cup of Cold Water'' and ''Bewitched''). But when she does, she gives the lie to critics who accuse her of not understanding the ''real'' America. Bunner Sisters is the earliest, and by far the least well-known of her three superb novellas of poverty and deprivation, and it deserves to be as famous as Ethan Frome or Summer. Wharton''s editors at Scribner''s, Edward Burlingame and Charles Scribner, were nervous of its unflinching grimness. Wharton tried to get Burlingame to run it in Scribner''s Magazine in and again in. It was early in her publishing career, when her confidence in her own work was not yet high - but she knew it was good. ''Though I am not a good judge of what I write,'' she told him, ''it seems to me, after several careful readings, up to the average of my writings.'' But Bunner Sisters would not be published until (the year that she was writing Summer), and Scribner did not want to publish it on its own because (he told her in July) it was ''just a little small for the best results in separate form''. So this realist masterpiece of thwarted lives was included in her war-tiWharton, Edith is the author of 'Ethan Frome, Summer, Bunner Sisters', published 2008 under ISBN 9780307268259 and ISBN 030726825X.

4 from $6.99
Loading marketplace prices 4 copies from $6.99 How does the rental process work?
View more