Essential Gandhi An Anthology of His Writings on His Life, Work, and Ideas 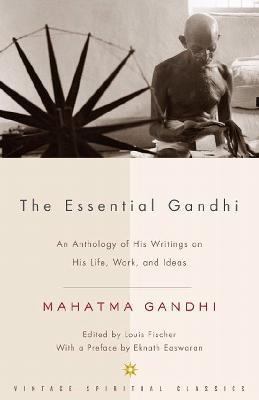 part one the man [ 1 ] beginnings of a great man [To the end of his days, Gandhi attempted to master and remake himself. He called his autobiography The Story of My Experiments with Truth, an "experiment" being an operation within and upon oneself. The following excerpts are taken from the book.] . . . [It] is not my purpose to attempt a real autobiography. I simply want to tell the story of my numerous experiments with truth, and as my life consists of nothing but those experiments, it is true that the story will take the shape of an autobiography. But I shall not mind if every page of it speaks only of my experiments. I believe, or at any rate flatter myself with the belief, that a connected account of all these experiments will not be without benefit to the reader. My experiments in the political field are now known, not only in India but to a certain extent to the "civilized" world. For me, they have not much value and the title of Mahatma [Great Soul] that they have won for me, has, therefore, even less. Often the title has deeply pained me and there is not a moment I can recall when it may be said to have tickled me. But I should certainly like to narrate my experiments in the spiritual field which are known only to myself and from which I have derived such power as I possess for working in the political field. If the experiments are really spiritual, then there can be no room for self-praise. They can only add to my humility. The more I reflect and look back on the past, the more vividly do I feel my limitations. What I want to achieve--what I have been striving and pining to achieve these thirty years--is self-realization, to see God face to face, to attain Moksha [Salvation--oneness with God and freedom from later incarnations]. I live and move and have my being in pursuit of this goal. All that I do by way of speaking and writing, and all my ventures in the political field are directed to this same end. . . .1 To see the universal and all-pervading Spirit of Truth face to face one must be able to love the meanest of creation as oneself. And a man who aspires after that cannot afford to keep out of any field of life. That is why my devotion to Truth has drawn me into the field of politics and I can say without the slightest hesitation and yet in all humility, that those who say that religion has nothing to do with politics do not know what religion means.2 . . . In the march towards Truth, anger, selfishness, hatred, etc., naturally give way, for otherwise Truth would be impossible to attain. . . . A successful search for Truth means complete deliverance from the dual throng, such as of love and hate, happiness and misery. . . .3 [As] I have all along believed that what is possible for one is possible for all, my experiments have not been conducted in the closet but in the open. . . .4 The Gandhis belong to the Bania [Businessman] caste and seem to have been originally grocers. ["Gandhi" means grocer.] But for three generations, from my grandfather, they have been Prime Ministers in several Kathiawad [Western India] States. Uttamchand Gandhi, alias Ota Gandhi, my grandfather, must have been a man of principle. State intrigues compelled him to leave Porbandar, where he was Diwan [Prime Minister] and to seek refuge in Junagadh [the nearby little state]. There he saluted the Nawab [Ruler] with his left hand. Someone noticing the apparent discourtesy asked for an explanation, which was thus given: "The right hand is already pledged to Porbandar." Ota Gandhi married a second time, having lost his first wife. He had four sons by his first wife and two by his second wife. I do not think that in my childhood I ever felt or knew that these sons . . . were not all of the same mother. The fifth of these six brothers was Karamchand Gandhi, alias Kaba Gandhi, and the sixth was Tulsidas Gandhi. Both these brothers weGandhi, Mahatma is the author of 'Essential Gandhi An Anthology of His Writings on His Life, Work, and Ideas', published 2002 under ISBN 9781400030507 and ISBN 1400030501.