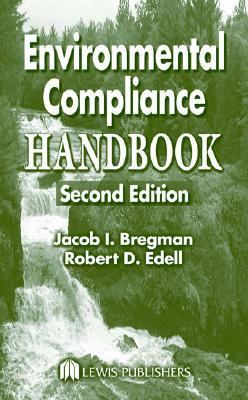 Former company president, chief executive officer, university professor, politician, and grandfather, Jack Bregman, B.S., M.S., and Ph.D., is the epitome of the American success story. The only son of Russian immigrants, he is the author of over 65 publications, holds several patents, and has written eight books. An internationally recognized expert in his field, Dr. Bregman is listed in several of the Who's Who publications, has been elected to membership in the honor societies of Sigma Xi and Phil Lambda Upsilon, and is a Fellow of the American Institute of Chemists. After receiving two battle stars as a soldier in Europe during World War II, and being on a torpedoed troop ship in the English Channel, Dr. Bregman earned his Ph.D. in Chemistry from the Polytechnic Institute of Brooklyn, worked for several years in prominent research laboratories, and served in the Johnson Administration as Deputy Assistant Secretary for Water Quality. Since the mid-1960s, he has founded two highly successful environmental consulting firms, the second of which bears his name. He has served in government at the federal, state, and local levels. Happily married for 53 years, Dr. Bregman and his wife, Mona, reside in Bethesda, MD, where their company also is located. When the question of retirement is raised, Dr. Bregman's standard comment is that perhaps when he reaches the age of 80, he may consider semiretiring to 40 hours per week in order to concentrate a little more on his writing and teaching. Upon his graduation from Norwich University, Northfield, VT, in 1970, Robert D. Edell, Jr., was commissioned a second lieutenant in the U. S. Army and entered active duty as the Viet Nam combat began to wind down. This initial active duty stint was the beginning of 28 years of service in the U.S. Army Reserve. Upon completion of his military entry-level officer training, Edell relocated to the Boston, MA, area, where he began to teach high school science and math. His interest in environmental issues was piqued during a National Science Foundation grant to study nuclear engineering at Penn State. The resident program took place while the Three Mile Island incident was unraveling and the instructors would bring in videotapes that had been filmed by robots entering the nuclear power plant. Edell continued teaching in upstate New York, where he was elected president of the local teachers' association, steering the collective bargaining efforts with the Board of Education, and served on the New York State Science Teachers Association.Bregman, Jacob I. is the author of 'Environmental Compliance Handbook', published 2001 under ISBN 9781566705653 and ISBN 1566705657.