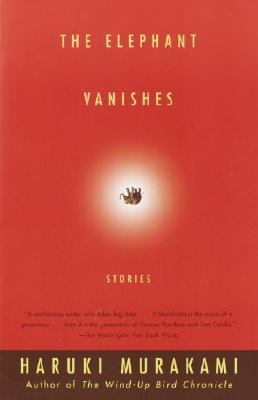 from "The Wind-up Bird And Tuesday's Women" I'm in the kitchen cooking spaghetti when the woman calls. Another moment until the spaghetti is done; there I am, whistling the prelude to Rossini'sLa Gazza Ladraalong with the FM radio. Perfect spaghetti-cooking music. I hear the telephone ring but tell myself, Ignore it. Let the spaghetti finish cooking. It's almost done, and besides, Claudio Abbado and the London Symphony Orchestra are coming to a crescendo. Still, on second thought, I figure I might as well turn down the flame and head into the living room, cooking chopsticks in hand, to pick up the receiver. It might be a friend, it occurs to me, possibly with word of a new job. "I want ten minutes of your time," comes a woman's voice out of the blue. "Excuse me?" I blurt back in surprise. "How's that again?" "I said, just ten minutes of your time, that's all I want," the woman repeats. I have absolutely no recollection of ever hearing this woman's voice before. And I pride myself on a near-perfect ear for voices, so I'm sure there's no mistake. This is the voice of a woman I don't know. A soft, low, nondescript voice. "Pardon me, but what number might you have been calling?" I put on my most polite language. "What difference does that make? All I want is ten minutes of your time. Ten minutes to come to an understanding." She cinches the matter quick and neat. "Come to an understanding?" "Of our feelings," says the woman succinctly. I crane my neck back through the door I've left open to peer into the kitchen. A plume of white steam rising cheerfully from the spaghetti pot, and Abbado is still conducting his Gazza. "If you don't mind, I've got spaghetti on right now. It's almost done, and it'll be ruined if I talk with you for ten minutes. So I'm going to hang up, all right?" "Spaghetti?" the woman sputters in disbelief. "It's only ten-thirty in the morning. What are you doing cooking spaghetti at ten-thirty in the morning? Kind of strange, don't you think?" "Strange or not, what's it to you?" I say. "I hardly had any breakfast, so I was getting hungry right about now. And as long as I do the cooking, when and what I eat is my own business, is it not?" "Well, whatever you say. Hang up, then," says the woman in a slow, sappy trickle of a voice. A peculiar voice. The slightest emotional shift and her tone switches to another frequency. "I'll call back later." "Now, wait just one minute," I stammer. "If you're selling something, you can forget right now about calling back. I'm unemployed at present and can't afford to buy anything." "I know that, so don't give it another thought," says the woman. "You know that? You know what?" "That you're unemployed, of course. That much I knew. So cook your spaghetti and let's get on with it, okay?" "Hey, who the--" I launch forth, when suddenly the phone goes dead. Cut me off. Too abruptly to have set down the receiver; she must have pressed the button with her finger. I'm left hanging. I stare blankly at the receiver in my hand and only then remember the spaghetti. I put down the receiver and return to the kitchen. Turn off the gas, empty the spaghetti into a colander, top it with tomato sauce I've heated in a saucepan, then eat. It's overcooked, thanks to that pointless telephone call. No matter of life-and-death, nor am I in any mood to fuss over the subtleties of cooking spaghetti--I'm too hungry. I simply listen to the radio playing send-off music for two hundred fifty grams of spaghetti as I eagerly dispatch every last strand to my stomach. I wash up plate and pans while boiling a kettle of water, then pour a cup for aMurakami, Haruki is the author of 'Elephant Vanishes ', published 1994 under ISBN 9780679750536 and ISBN 0679750533.